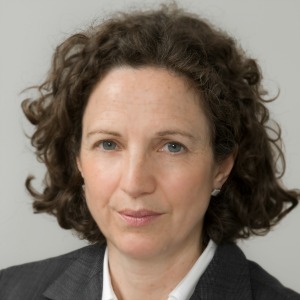 You may wonder why we're talking about student finance now the numbers applying to university have rallied after an initial dip in 2012. Surely that shows the message has been getting through?

The answer would be a cautious yes, though we still need to keep telling people the facts about student finance.

But for people looking to study part-time while continuing to work, and for those who want to go back to university later on in life, it's a different story.

Today, Universities UK has released a major study on part-time and mature study, highlighting the need to take action following a rapid drop in students enrolling for part-time courses. In England the fall was 40% in just two years – that's the equivalent of 105,000 students not taking up a potentially life-changing opportunity.

During our study, part-time students told us how important study was for them, helping them to improve their career prospects, often while they were working and looking after a family.

But we also found there were lots of reasons why people are not signing up to courses. Sometimes it's as simple as patchy information about courses and the financial support available, other times we found that people, and their bosses, may simply be unaware of what going to university part-time could do for them. Of course, the financial climate has also played its part.

One of the many themes that came up in the course of our study was student finance.

However, one huge change has happened to part-time student finance.

In 2012, for the first time ever, part-time students became eligible for Government-backed student loans to pay their course and living costs.

So you may not need to pay for tuition fees upfront. There's also a range of financial support available, particularly for students from low income families. Just as with full-time undergraduate loans, you only begin to repay once you are earning over £21,000 a year. Repayments are linked to what you earn, not what you borrowed.

To help explain what is available to you, Universities UK has teamed up with MoneySavingExpert.com to produce a series of student finance guides this week, including one for part-time students and one for mature students.

Is university right for you?

Whatever stage of education you are at, if you are still considering whether higher education is for you, this week you can find out more on the Student Finance Tour, where recent graduates will be visiting more than 90 schools and colleges around the country to answer questions about the student finance system.

In addition, as part of the Make Your Future Happen: Discover Higher Education campaign, universities and colleges will be opening their doors this week and running different activities about the wider benefits of higher education and the financial support available.

If you're still to be convinced about whether university is worth it, you may be interested to find out how universities are listening to students and making changes with tuition fee income that are improving the whole university experience. See the Where Student Fees Go video below.