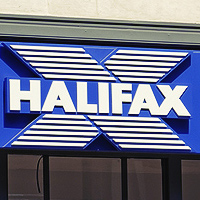 One of the UK's biggest mortgage brands mistakenly flagged some borrowers' payments as late over a five-year period, potentially harming their credit scores without them knowing, MoneySavingExpert.com can reveal.

Halifax has admitted that between 2012 and 2017 customers who manually made mortgage payments on the last working day of the month wrongly had these payments marked as late.

This happened because the high street bank didn't process the payments until the next working day, which was then in the next calendar month. Credit reference agencies were automatically informed of this, meaning affected customers' credit reports will have showed some arrears.

Halifax won't say how many customers are affected – only that it's a "small number" – but the bank is widely regarded as one of the UK's biggest mortgage brands and is part of Lloyds Banking Group, the largest lender in the UK. It's now written to all customers whose credit scores were hit and has contacted credit agencies to get them to correct their reports.

If your file was marked with late payments, that could have affected your ability to get certain credit cards, loans and other products, and you could push for compensation – one MoneySaver says he got £500 after complaining.

Checking your credit report is in good shape is important if you want to get a mortgage, credit card, loan and more. See our Credit Scores guide and MSE's Credit Club for full help.

Who is affected by the error?

This issue affects Halifax mortgage customers who made a manual repayment – ie, not a direct debit or standing order payment – between March 2012 and May 2017, on the last working day of the month.

Halifax won't say how many of its mortgage customers are affected by the error, insisting only that it's a "small number" and that the majority of its customers make mortgage payments via direct debit. If you were affected, you should have received a letter like the one below: 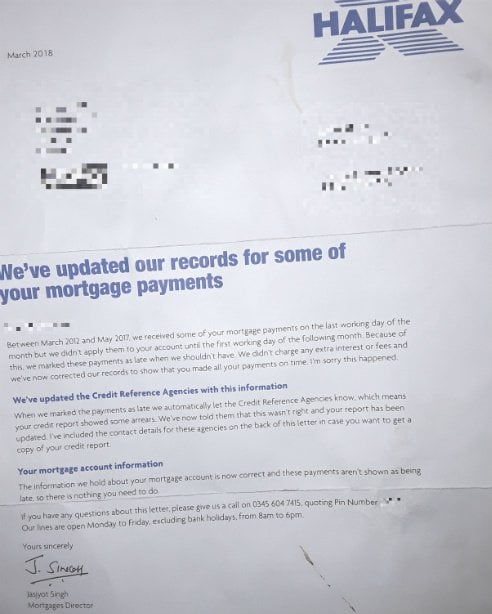 This data is then used by lenders to decide which products you can get and the rate you'll be offered. How badly your score will have been affected depends on how many payments Halifax marked as late.

My payments were wrongly marked as late – what should I do?

In the letters it's sent out to affected customers, Halifax says "there is nothing you need to do" – but there's actually plenty you can do:

'It beggars belief this went under the radar for five years'

Steve Nowottny, news and features editor at MoneySavingExpert, said: "For those who are affected this is a potentially very serious issue – customers' ability to apply for all sorts of products could have been affected if they had marks left on their file. While it's good that Halifax has now identified this issue and corrected it, it beggars belief that this error went under the radar for five years.

"It's also very disappointing that Halifax isn't offering customers compensation upfront, and is instead telling them to do nothing. If you're a customer who's affected and believe you've lost out as a result of Halifax's mistake, you should absolutely challenge it on this and try to get some form of redress."

What does Halifax say?

"We have written to all customers affected to make them aware that these were incorrectly marked as late payments and that we have contacted credit reference agencies to ensure their records are updated accordingly."