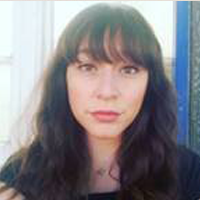 Some 21% of new claimants received their full first payment late, according to a report from the National Audit Office (NAO), which also found claimants have had to wait an average four weeks on top of the mandatory five-week waiting period for their first payment.

The report also found that around 60% of claimants ask for an advance of their payment during the waiting period, and estimates between 270,000 and 338,000 claims will be paid late this year unless the system improves.

If your payment is late you can ask for an advance

If you are claiming universal credit and experiencing delays, you can request an advance payment to cover your costs.

This could be for part, or all, of your initial payment.

Though it is interest-free, it works as a loan, so you'll pay the money back throughout the year via a reduction in your payments.

You can do this by calling the universal credit helpline on 0800 328 5644 or by speaking to your work coach.

What did the NAO find?

The NAO said a recent survey by the DWP found four in 10 claimants who were surveyed said they were experiencing financial difficulties. It said the DWP does not accept that universal credit has caused hardship among claimants but it has seen evidence from local and national bodies that many people have suffered difficulties and hardship during the roll out of the full service.

It said the DWP has not shown sufficient sensitivity towards some claimants and that it does not know how many are having problems.

A DWP spokesman said: "The NAO report fails to take into account the impact of the improvements we have made recently as part of our 'listen and learn' approach to the rollout of universal credit.