As scams get clever, we need to too! 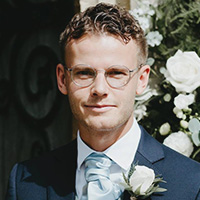 Scams no longer target just the gullible. They still come in letters, texts and calls, but more crooks are now looking online for the chance to get their hands on your hard-earned cash. There are increasingly sophisticated ways scammers try to target YOUR cash. This guide explains what to look out for, how to protect yourself, and what to do if you're a victim of a scam.

WARNING: The coronavirus pandemic has seen a rise in scams. There has been an increase in criminals looking to exploit financial and health concerns by asking for money for fake services upfront, collecting personal information or bank details, or offering temptingly high returns on made-up investments or pension transfers. For full information see our blog on coronavirus scams to look out for and how to protect yourself.

Scams are fraudulent schemes that dupe people into parting with their personal details and/or cash. They've been around for as long as we can remember, but they're no longer confined to shady door-to-door salesmen or dodgy second-hand car dealers.

Scammers now frequently target people through emails, online banking systems, text messages and online transactions. While fraud is becoming ever more sophisticated, people are still getting caught out by traditional scam letters and phone calls. So you need to be wary.

Some scams are obvious. Someone emails you to say a distant relative has died, and there's no one but you to inherit their $100 million fortune – all you need to do is pay £500 upfront to release the funds. But some scams are a lot less obvious, and a lot more intelligent. This guide's aimed at helping you spot them.

What to do if you've been scammed

Below is a need-to-know checklist of what you should do.

How do I know if I've been scammed?

For more on how to protect your identity from being stolen see our complete ID Fraud Protection guide.

Can I get my money back?

Your first port of call is the company or person that took your money. It may be worth seeing if you can get your money back from them – though if it's a scam, this route's unlikely.

If you bought something costing more than £100 (ie, £100.01+) on a credit card, you may be able to claim it back under a little-known law: Section 75. Once you've paid using a credit card, the card provider and retailer are locked into a legally binding contract, so if the retailer can't or won't refund you, you can raise the dispute with your card provider.

You won't be covered under Section 75 if you used a debit card or spent exactly £100 or less on a credit card, but you could try to claim your money back under the chargeback scheme. It's a voluntary agreement by your debit or charge card provider to stand in your corner if anything goes wrong. It's not as effective as Section 75, and rules vary between providers.

Unfortunately, if you've transferred the money using sites such as Moneygram, Western Union or PayPal, you generally can't get your money back once you've handed it over.

Scammers continue to find more creative ways to get your cash. This guide can never be completely comprehensive with all the latest scams but we aim to help you to learn what to look out for. The stories around the scams may change, but what you should do to spot and avoid them doesn't.

Have you ever heard of the email from a Nigerian prince wanting you to share his fortune? The person stranded overseas needing £1,000 to get home which they'll pay straight back? Or the lottery you've won in Spain – even though you don't live there, and have never entered a lottery there?

The best way to prevent scammers from getting their hands on your hard-earned cash is to know how to protect yourself in the first place. Here are our top tips on how to avoid scams. They aren't all fail-safes, but they can help you think before you act.

Rule of thumb: Mistaking the genuine for a scam is nowhere near as bad as mistaking a scam for the genuine.

The best way to protect yourself from anything going wrong is to research before you buy. This is easier said than done, but a few quick, pre-emptive strikes can make all the difference: