Brokers urge mortgage borrowers to fix for the long run 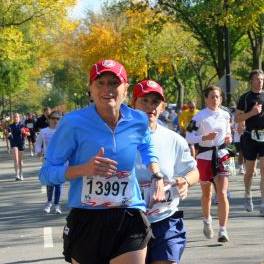 Borrowers looking for a mortgage have been urged by brokers to fix their costs for as long as possible.

Mortgage advisers suggest those who only fix for a short period – for example, for two years – risk a huge hike in monthly payments when their deal ends.

That’s because there’s a possibility interest rates may have dramatically risen by then. Today, the Bank of England announced it would maintain the official Base Rate at 0.5% – an historic low.

Of course, getting a mortgage is easier said than done. Generally speaking, you need at least a 25% deposit, or 25% equity in your property, to get a homeloan, or 40% to get the best rates. However, there have been some glimmers of hope over recent weeks for borrowers with small deposits.

There are some, albeit relatively high-rate, deals for those with only a 10% deposit appearing. HSBC this week launched a range of mortgages for such borrowers. However, they’re only available to customers who sign up to its expensive fee-paying current accounts. Brokers, though, say this is at least a start.

Boulger, from broker John Charcol, says: "The safest course of action is to buy a 5 to 10-year fixed rate, although the state of the economy is so bad, there is probably a window of several months in which to do this."

Melanie Bien, from broker Savills Private Finance, agrees. She says this particularly applies to those borrowing a large percentage of their property value, because you may not have the necessary equity in two years to get another mortgage, given house prices could fall further.

Those on variable rate mortgages may also wonder what to do next. Anyone on a tracker linked to the base rate is probably paying far less than they did a few months ago, as are those on their lender’s standard variable rate (SVR). The SVR is the rate most cheap mortgages revert to after a discount period.

Fee-free broker London & Country suggests it’s unwise to sit on your SVR for too long. SVRs are usually expensive, but in this low interest rate environment they have become cheap. In some cases, borrowers’ monthly costs have fallen following the end of their introductory deal.

However, for the same reasons Bien believes those borrowing a large chunk of their property value should not count on getting a mortgage in future, L&C reckons those who can get a new mortgage now may not be able to do so when interest rates, and therefore SVRs, eventually rise.

Richard Morea, from L&C, says: "The overriding concern is that many borrowers may not have enough equity when they need a new deal."