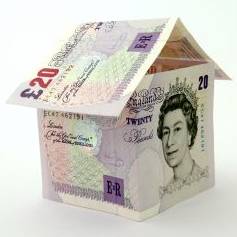 T hree major lenders have cut their mortgage rates this week in a boost for borrowers.

Abbey, Northern Rock and Woolwich all slashed costs on a number of their deals, while HSBC announced its 1.99% discount offer off its standard variable rate (with a £1,199 fee) will now be extended until the end of October.

Mortgage experts say these represent tentative signs of competition creeping back into the market (see the Cheap Mortgage Finding guide).

Ray Boulger, from broker John Charcol, says: "We are beginning to see a little bit of competition coming back into the market, but that's not to say we are going to get back to the stage where they are competing for higher loan to value business."

Darren Cook, a spokesman for financial website Moneyfacts.com, adds: "It's good to see that big players have decided to take some action.

"But we would need to see more than a dozen lenders doing the same thing before we could really say competition was returning to the market."

It's only for homeowners with at least a 30% deposit. This represents a 0.45 percentage point cut from the previous rate.

It has also launched a fee-free lifetime tracker (currently 3.19%) for those borrowing 75% of their home's value.

The lender has also reduced its fixed rate mortgages by up to 0.3 percentage points, leaving a two-year fixed rate deal for those buying a home with a 30% deposit at 3.75%.

In addition, product fees on its residential mortgages have been reduced by £400 to £595.

Meanwhile, Abbey has cut its fixed rate deals by 0.11 percentage points, leaving a two-year fixed rate mortgage at 3.88% (with a £995 fee) for buyers borrowing 70% of their home's value.