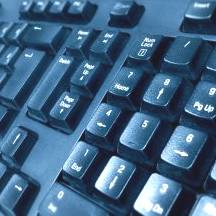 Internet users who illegally share copyrighted material could be banned from surfing the web under Government plans.

However, such draconian action is still at least two years away despite the rushed-through Digital Economy Bill getting Royal Assent today.

The Digital Economy Act, as it is known from today, which also covers online security and how internet domain names are registered, seeks to penalise those who infringe copyright laws.

One definition is downloading a free music file uploaded by a fellow user.

While the perceived prohibitive cost of music has led many to download illegally, prices are now falling (see the MP3 comparison tool Tunechecker to find cheap songs and albums).

However, it is up to the next Government to determine how far to punish offenders. One option is to allow copyright owners, such as music firms, to ask internet service providers (ISPs) to restrict web access to illegal file sharers.

The Department of Business, Innovation and Skills (BIS) says: "Many of the act's provisions, such as those infringing copyright, require further public consultation, and in some cases, approval by Parliament before they can be implemented."

First, Ofcom, the telecommunications regulator, must draw up an industry code for consumers, ISPs and copyright holders on how illegal file-sharing is handled.

It will be a basic statement of measures and is at least 12 months away.

Once the code has been determined, where people are suspected of net piracy, they'll receive notification asking them to stop.

After 12 months of the code's implementation, the Government will review the market. If there hasn't been a significant drop in unlawful file sharing, it may allow copyright holders to ensure ISPs disconnect persistent abusers.