Irish banks: are your savings protected? 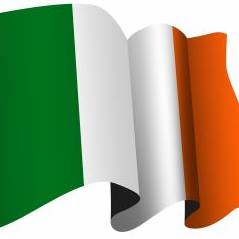 Almost two million UK savers with cash in an Irish bank may be nervous about the safety of their money due to the crisis facing the country's economy.

Ireland faces intense European pressure ahead of crunch talks with ministers today to accept a massive financial bail-out as its deficit runs at 32% of its national wealth (see the Safe Savings guide).

MoneySavingExpert.com users have emailed us raising concerns about the safety of the savings.

Below, we round up the protection in place for those with savings in the UK arms of the three major Irish banks, which includes the Post Office whose financial services arm is run by Bank of Ireland (BoI).

Here, there are two tiers of protection:

This protection applies to BoI savers in Northern Ireland, as well as the Post Office's savings products (which are different to the NS&I products it sells that are 100% protected by the UK government).

It means savers have more protection than many of their counterparts in UK banks, though concerns have been raised as to whether the Irish government's scheme could handle all claims.

Again, there is a similar two-tier system.

Again, there is a two-tier system, but with a difference.

"Irish banks setting up in the UK are, like other EU banks, allowed to opt out of UK protection and for the Irish guarantee. What's crucial is people know whether their bank has UK or Irish protection.

"While nothing's certain, I'd suggest the safest position is to pick a bank with full UK protection. If it fails, a government you elect is responsible for your protection, rather than an overseas administration, even if that government is promising to protect larger amounts.

"Even for those with savings in a UK-protected institution it's worth remembering that above £50,000 your money isn't guaranteed, and while no-one with cash in a UK-protected account has lost out since the start of the credit crunch, it is always a possibility. So spreading savings above that amount is sensible."

Ireland: how are savings protected?