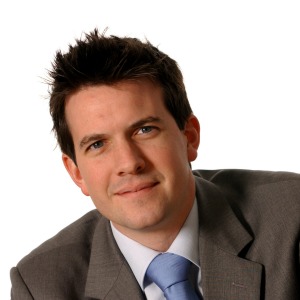 Your energy bills are caught on the horns of a 'trilemma' as huge demand, a creaking network and 'green' energy targets take their toll, says Andrew Horstead (right), risk analyst at energy and carbon management specialist Utilyx.

The 'Big Six' energy suppliers have recently been in the media spotlight following two of their number's decision to raise energy prices by as much as 19% as we head into the summer months.

We're almost used to the fact that prices will go up towards winter when the thermometer goes down and the thermostat is cranked up, but this warm-weather price rise set alarm bells ringing for many.

So why are energy bills rising? The answer is simple. Britain is currently facing an energy 'trilemma' that stems from three major problems – and ultimately consumers stand to pay the price.

Before examining the issues, though, it's worth a reminder of exactly how your energy bill is costed.

The final bill sent to you is much more than the 'wholesale' price of the energy itself, whether it's gas or electricity - in fact, energy usually equates to just over 50% of its total. In addition are 'non-commodity' charges which cover the cost of actually getting the energy into your home or business.

This includes the maintenance of the vast pipe and cable network that carries energy to you, as well as VAT and the cost of various obligations set by the government to move the UK towards renewable energy.

Unfortunately, whichever of these costs you look at, it's set to rise.

So the first problem in the energy trilemma is the raw commodity itself. While Britain has always enjoyed some ability to harness the natural gas in the North Sea, in recent years these reserves have declined and Britain has become more and more reliant on importing its energy needs.

Today, the UK is Europe's largest user of gas and is the world's fastest growing major gas importer. While this might seem to be a simple supply and demand exchange, it means that Britain is at the mercy of events happening around the world – all of which can have an impact on the price we pay and the security of our energy supply.

For example, the tragic events in Japan in the wake of the tsunami and the unrest in Libya led to oil prices rising by 32% so far in 2011 alone. These type of events usually lead to an immediate short-term hike in energy prices as supply is called into threat, but the effects can be felt for many months.

While the big six suppliers will argue that price hikes are largely in response to changes in the wholesale market, there are also a number of other pressures bumping up your energy bills.

The second horn of the trilemma is our energy network's desperate need of an upgrade. It has been estimated that the cost of upgrading the UK's electricity connections to meet key climate change targets could cost as much as £5billion.

This upgrade will be the largest investment in the grid for over fifty years and is likely to require over 600 miles of cabling to connect new energy sources such as wind-farms and new nuclear builds to the network – all of which comes at a cost.

It's vital though that we make this move to renewable energy in order to reduce carbon emissions and safeguard the UK’s future energy supply.

However, this brings us to the trilemma's final part - green energy targets that suppliers and businesses must meet in order to meet government obligations. Investment in nuclear energy, wind and wave power are central to this – all are necessary but come at an additional cost to consumers in higher bills.

The UK's energy trilemma is largely one of its own making but it's vital that we use this opportunity to make a lasting change to the way we generate and ultimately use energy. Here's how you can take steps to reduce both your energy consumption and spend:

Why are energy prices increasing?