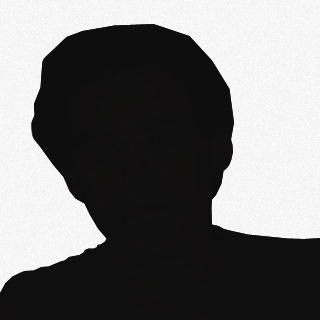 Door-to-door energy selling is in the doghouse. There are ongoing investigations into the tactic, there are proven instances of mis-selling, while some firms have since suspended the practice. In this guest comment, one former salesman, who wishes to remain anonymous, spills the beans on the extreme end of sharp practices he experienced in 2002 that contributed to building the industry's disastrous name.

Faking application forms, switching customers without their knowledge and operating under a culture of making money at all costs... welcome to the world of door-to-door energy sales.

Luckily, I'm no longer a part of this murky world that I temporarily belonged to before I found myself a career in finance a few years ago.

Here's my story to blow the whistle on what really went on and why many are rightly up in arms about the sharp practices used in this underhand of industries.

After being worked into a suitable frenzy by Ibiza-style music, we were handed photocopied pages from the London A-Z by the secretary and sent off.

The training programme skipped teaching of comparative electricity tariffs and any fundamental appreciation of customer interests so our knowledge was – at best – desperately poor.

My role instead demanded I peruse a copy of Penthouse on the rush hour train.

We were not sent onto the streets for the benefit of the public. We were sent to sell. Morals were not natural compliments to this.

At times, there was some fun. Managing electricity bills is inherently dull. Discussing electricity tariffs on the doorstep is at best very dull. So satire became a regular feature of pitching.

We would tell jokes and perform X Factor-esque renditions.

Anything to break the scepticism associated with a slick, suited, young professional knocking on doors in the most dilapidated parts of London.

As much as we brought an entertainment service to the public, these comical acts were only a ruse to create the opening for aggressive, impulse-laden sales pitches.

Where a prospective customer unknowingly found themselves close to signing, whether there was a benefit to changing electricity supplier became an incidental aside to making commission.

It was our only form of remuneration, after all. We were not paid a basic salary.

I'd regularly watch astounded as colleagues shamelessly persisted that the switch would save customers money when the customer's last bill right in front of us showed otherwise.

It is easy to underestimate the relentless pressure that can be exerted by an adept sales representative in full flow, especially when engaging the elderly or vulnerable.

When the slick sales pitch didn't work, sometimes we'd move to the furthest end of the moral compass possible.

We'd regularly open pitches with seemingly-innocuous queries. "We need to check your bills to make sure you've been moved to the loyalty rates" or "we apologise if you've been effected by recent blackouts in the area."

This was all deliberately aimed to imply we were agents working on behalf of our target's EXISTING supplier. We weren't.

If we could talk our way into seeing a customer's bill, we were adept at turning the conversation away from our deception (a simple misunderstanding, as we'd put it) and pressing home the perceived financial benefit to switching.

Explaining the deception was never easy – and if we did it poorly we would normally lose a sale.

Instead of risking this, some salesman would continue the charade, folding over the headers on the forms to hide the name of the new electricity firm when asking customers to fill out details.

This meant customers thought they were simply re-submitting their details to their existing provider when we were, in fact, switching them.

If you think that's dodgy, by far the most malicious practice was to simply switch a customer's electricity supply without their knowledge. This was achieved by filling in basic details which could be found on a letter if there were any lying around.

Though I never saw this, it was known a couple of employees were fired a few months prior to my employment for this fraud.

Over the two months I persevered, my poor sales meant my commissions didn't even cover the costs of touring many of London's doors – largely as I didn't want to take part in the above practices.

Looking back, I can't imagine a more undesirable way to make a living, though viewed as a training exercise, the harsh realities of door-to-door sales proved a valuable experience for later life.