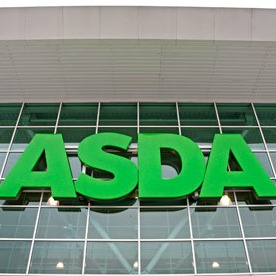 Update, Monday 21 January 2013, 5pm: HMV administrator Deloitte says the chain will start to accept gift cards from tomorrow. This story reflects the most up-to-date information we have, so has been amended from its original version.

Shoppers who bought HMV gift cards from Asda, Tesco or Boots can exchange them at face value for the retailers' own gift cards, following the chain's fall into administration.

The stricken firm, which is still trading, originally stopped accepting gift cards after Deloitte took over its affairs on 15 January, but has since done a U-turn, saying they will be accepted from Tuesday, 22 January (see the HMV administration Q&A MSE News story for more).

Supermarket giants Asda and Tesco, and chemist Boots had announced that if you bought an HMV gift card from one of their stores and still had proof of purchase, you could exchange it for one of their own. These policies still stand despite the Deloitte U-turn on vouchers.

Is anyone else exchanging HMV gift cards?

Here is a list of major retailers and what they are doing:

Clintons, WHSmith and Wilkinson have confirmed they will not run a similar scheme.

Tesco says as long as your HMV gift card is still in date, even if it's part-used, it will exchange whatever value is left on the card until the end of January. There's no limit on the value that can be exchanged, and this can be done at any Tesco store.

Quite simply, if you've got a £10 HMV gift card, you'll get £10 transferred onto a Tesco gift card.

Asda says customers have until 30 January to redeem HMV cards at any Asda store, and there is no limit on the value that can be exchanged.

Boots says even if your HMV gift card is part-used, it will exchange whatever value is left until the end of January. There's no limit on the value that can be exchanged, and this can be done at any Boots store.

Money Saving Expert creator Martin Lewis says: "Bravo and plaudits to Asda, Boots and Tesco for taking some responsibility for the goods they sold.

"We will be ensuring we send Clintons, Wilkinson and WHSmith a copy of this news story with a note asking them to follow suit and do the decent thing.

"We would suggest customers who bought gift cards from those stores and can't get a refund, contact them and politely but firmly register their disappointment."

It's been a bad January for the high street. Photography firm Jessops has also gone into administration, along with movie and game rental outfit Blockbuster.

Jessops gift cards are now defunct, but Blockbuster is still accepting them.

If you bought gift cards on a credit or debit card, there is a chance you can get your money back.