Colgate to give away 7,000 electric toothbrushes after Waterloo station fiasco 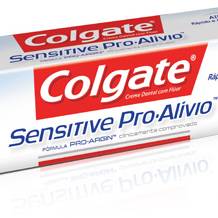 Colgate is giving away 7,000 free £170 electric toothbrushes, following a fiasco at London's Waterloo station yesterday which saw it forced to take down a stand after it was swamped with bargain-hunters.

Under the original deal, you could get a free Colgate ProClinical A1500 electric toothbrush, which normally costs £169.99, by swapping any old rechargeable, electric toothbrush at the station (see our Colgate fail MSE News story).

The new offer is simply a free electric toothbrush – you don't need to send an old one in despite the offer being called the "brush swap".

On Tuesday, huge crowds formed to get their hands on the freebie and the stand couldn't cope so was shut down, with Colgate saying it wouldn't return to Waterloo for the rest of the promotion this week.

Colgate has now said it will honour the freebie online for 7,000 consumers, selected at random.

To get one of the toothbrushes, visit this Colgate web page by 11.59pm on Saturday 20 July and complete the registration form.

Those who are successful will be emailed on 24 July.

Colgate was supposed to run the same promotion at London Victoria station stating on 22 July, but this will no longer go ahead.

A statement issued by the firm says: "We would like to apologise to customers for the inconvenience caused by the unexpected closure of the Colgate Big Electric Brush Swap at London Waterloo on Tuesday 9 July.

"Due to the unprecedented demand and the risk of overcrowding, we are unable to continue the promotion as planned. This means we will not be returning to London Waterloo or conducting the planned promotion at London Victoria station from 22 July.

"We are fully committed to continuing the Colgate Big Electric Brush Swap and will now be making this a nationwide initiative by running the promotion online. Due to the strong consumer interest, we are making the promotion bigger – swapping 7,000 electric toothbrushes, 1,000 more than originally planned."