Got a £50 note? Check it's not about to be withdrawn 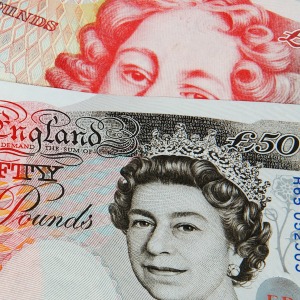 Anyone with a £50 note should check now if it's an old edition, as you won't be able to spend it from 1 May.

The Bank of England is withdrawing all £50 notes featuring Sir John Houblon on 30 April.

First introduced in 1994, the Houblon note marked the 300th anniversary since Sir John founded the Bank. It's withdrawal means approximately 63 million £50 notes will be withdrawn, worth an estimated £3.2 billion.

Instead people can use a newer £50 note, which was introduced in 2011, and features pictures of entrepreneur Matthew Boulton and engineer James Watt.

This newer £50 note, which will be the only one in circulation from 30 April, includes greater security features, which makes it tougher for counterfeiters to fake.

Directly below is a picture of the Houblon note, which is being withdrawn. Underneath the Houblon note is the Boulton and Watt note that will be the only one in circulation from 30 April.

Houblon note, which is being withdrawn 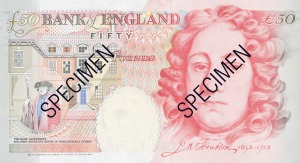 Boulton and Watt note, which is continuing in circulation 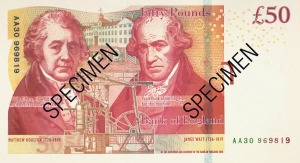 Yes. You've got until 30 April to use the Houblon note, after this date you won't be able to spend it.

If you don't want to spend your £50 note before 1 May, you can swap it in selected banks and building societies until the end of October 2014, though some will only accept deposits from their own customers.

From November onwards, the only way to ensure you don't lose your cash, is to post the note or visit the Bank of England in London where it will be swapped at face value.

See the table below for a full list of banks and building societies where you can swap your old £50 notes for new ones.

Which banks let me swap/ deposit the £50 Houblon note?

What the Bank of England says

The Bank of England says: "We regularly review and update notes in order to take advantage in banknote design and security. The withdrawal of the Houblon £50 note is part of that process.

"We carefully assess demand for banknotes, and print to fulfill that demand. For the £50 note, we will ensure there are sufficient Boulton and Watt notes printed to meet demand.

"The Bank's 'promise to pay' is valid for all time and members of the public may obtain face value at the Bank for all notes issued by the Bank whose legal tender status has been withdrawn."