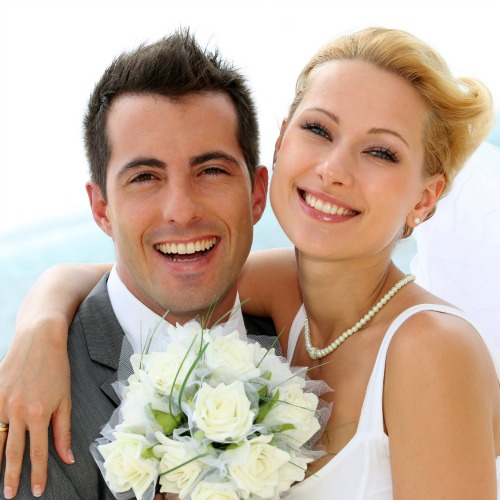 Married couples and those in civil partnerships can now register for a tax break, which could help them save up to £212 a year.

This also applies where a higher earner is self-employed and it means that together, a couple will pay less tax (see our Tax Rates guide to break down what the taxman gets).

The plans were first announced by Prime Minister David Cameron in 2013 and published in the Budget 2014. But while they don't come into force until 6 April, from today couples can register their interest online via the Marriage Allowance site.

Anyone registered will then be contacted by HM Revenue and Customs (HMRC) in April to ask whether they want to apply.

People can register at any point in the tax year and will still receive the full benefit of the allowance.

To be eligible, couples must both be born on or after 6 April 1935 (so it includes pensioners but see below for information if you're born before this date) and the recipient of the personal tax-free allowance must have an annual income of between £10,601 and £42,385 during the 2015/16 tax year.

In order to receive the tax break, one person in a couple will apply online to transfer the allowance to their spouse or civil partner, and HMRC will tell the recipient about the change to their Pay As You Earn (PAYE) tax code.

From 2016/17, the transferable amount will also be 10% of the basic personal allowance, although this amount has yet to be announced.

'Delivering on that promise'

Chancellor George Osborne says: "We made a promise to introduce a recognition of marriage into our tax system – and now we're delivering on that promise. This includes updating the tax system so that it recognises marriage and civil partnerships.

"Our new marriage allowance means saving £212 on your tax bill couldn't be simpler or more straightforward."