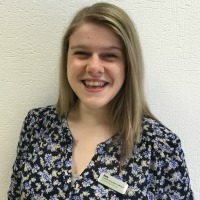 Sheffield City Council has recently supported the setup of Sheffield Money, a not-for-profit organisation tackling unfair access to finance. Sally Preece, a support and advice worker for Sheffield Money, explains what's happening and why. (Views do not necessarily reflect those of MoneySavingExpert.com.)

An emerging trend in the UK today is that an increasing number of people need help with their finances, particularly when faced with unexpected financial challenges.

People are increasingly ignored by mainstream lenders when they need help the most, and as a result are turning to high cost alternatives.

Last year, the debt charity StepChange was contacted by nearly 600,000 people with problem debt. Debt owed on catalogues and home credit is rising, with the second highest level of demand for debt advice coming from Yorkshire.

Sheffield City Council has also identified a need for affordable finance in the city – it found that the following is happening in Sheffield each year:

To combat this growing issue, in August this year Sheffield City Council supported the setup of Sheffield Money, a not-for-profit organisation which specifically tackles unfair access to finance.

The organisation doesn't sell products directly, but instead operates as a broker for existing suppliers with shared objectives such as credit unions, community development finance institutions, and Citizens Advice. These have a similar fair, ethical and flexible approach to finance as well as crucially offering the best rates and incentives for residents of the Sheffield City Region.

There is also a free, specialist money adviser in branch once a week to help people with all things finance, such as budgeting, savings, benefit eligibility, and improving credit scores to ease access to credit in future.

By offering alternatives, Sheffield Money hopes to improve and reduce debt crisis cycles, as well as help customers to start regularly saving in order to create a financial buffer for the future. It also won't ever recommend a loan to someone who can't afford it.

Since August, the service has received a great deal of positive attention from local organisations hailing this much-needed alternative to high cost lenders. With over 4,000 hits on its website, and almost 600 applications for loans, it's clear there is demand for it.