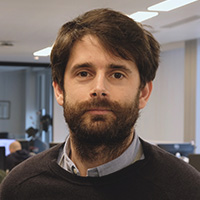 Millions of HSBC customers were locked out of their online accounts for two days after a major technical problem with its internet banking system.

The technical issue, which started at 8am yesterday (Monday), left customers unable to check their balances or make payments.

But at 6pm today, HSBC said its online banking was back up and running. John Hackett, UK chief operating officer, said: "I’m pleased to say that we have seen a steady return of service. We will be monitoring the service very closely, should any new issues arise."

Many HSBC customers vented their frustration at the bank via social media, after being unable to access their online accounts.

The second day now without access to #HSBC online banking . I am told to "come back later" due to high demand. Really! No bills paid.

@HSBC_UK When will your online banking be working again. Been down all day and we have bills to pay!

Hackett said "a complex technical issue" had affected HSBC's internet banking systems, but it was not related to hacking. He added: "I’d like to apologise once more for any inconvenience that this technical issue has caused.

"We will be waiving any fees incurred as a result of this incident; and we will be happy to help all our customers with any issues that have arisen."

Unable to make any transactions online at @HSBC for the second day in a row. Long wait on phone for help. Completely unacceptable.

Can you get a refund if you incur fees?

Hackett has said HSBC will waive any fees incurred as a result of the issue.

If you were left unable to pay bills or make a mortgage or rent payment, for example, contact the person or company involved immediately to let them know why there was a delay, especially to ask not to apply any possible charges.

Keep bank statements and receipts, and even screenshots and photos, in case you're asked to prove it.

A spokesperson for HSBC said requests for refunds from customers who have incurred costs from other companies will be judged on a case-by-case basis. Complain directly to it and say you want a refund.

You can also use free complaints system Resolver*, which drafts a complaint letter, monitors replies and escalates to the Financial Ombudsman if necessary.