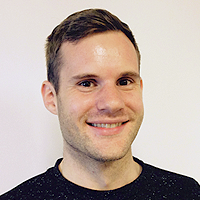 The world of 0% credit card advertising is a 'wild west' with far too few rules to protect consumers, a new MoneySavingExpert.com report reveals.

We're calling on the Financial Conduct Authority (FCA) to urgently address this issue when implementing their credit card study, the initial recommendations of which are released on Monday.

Stop press – Mon 3 Apr: In proposals for the credit card market published today, the regulator says it'll "undertake further work during the course of the year" to investigate the issues raised in our report – and will "consider the case for additional rules or guidance if necessary".

It adds that "it should be obvious to firms that financial promotions for credit cards with 0% introductory periods should represent a genuine offer" and providers must "make clear, if it is the case, that the advertised period is a maximum and that shorter periods may be offered".

Here are the key findings of MSE's investigation:

MoneySavingExpert.com founder Martin Lewis said: "On the surface we've got the most competitive credit card market we've ever seen. New customer 0% deals are now commonplace, and the advertised lengths nearly double those of five years ago. Yet this has partially been achieved by lenders switching to 'rate for risk' 0% deals – taking advantage of confusion, and playing fast and loose with people's credit scores. This needs to stop.

"People rightly focus on these offers to choose their card. However, many are then rightly left angry that the deal they get isn't close to the one advertised, yet they're stuck with it.

"The FCA just relies on generic guidance to 'treat customers fairly' to govern this. That is behind the times – interest-free offers are now a core credit card lending feature – yet the world of 0% advertising is a wild west. We need specific regulations to ensure transparency, consistency and an ability to compare products. If it's an 'up to' they need to say 'up to' and that must mean at least two-thirds of their accepted applicants get the deal."

For the full results of MSE's investigation, see the Great 0% Ads Scam report.