Many parking and self-service machines across the country have stopped accepting the old £1 coin – even though it is still legal tender until the middle of next month.

A new 12-sided £1 coin was introduced in March this year, and the old round coins are being phased out. Shops won't accept them after 11.59pm on Sunday 15 October, so you need to spend or save your old £1 coins by then – see full info in our Piggybank Warning.

But this week MoneySavers have been reporting that their old £1 coins are already unusable in many self-service machines, converted ahead of the 15 October deadline.

A number of businesses and other organisations have confirmed self-service machines have already been changed: 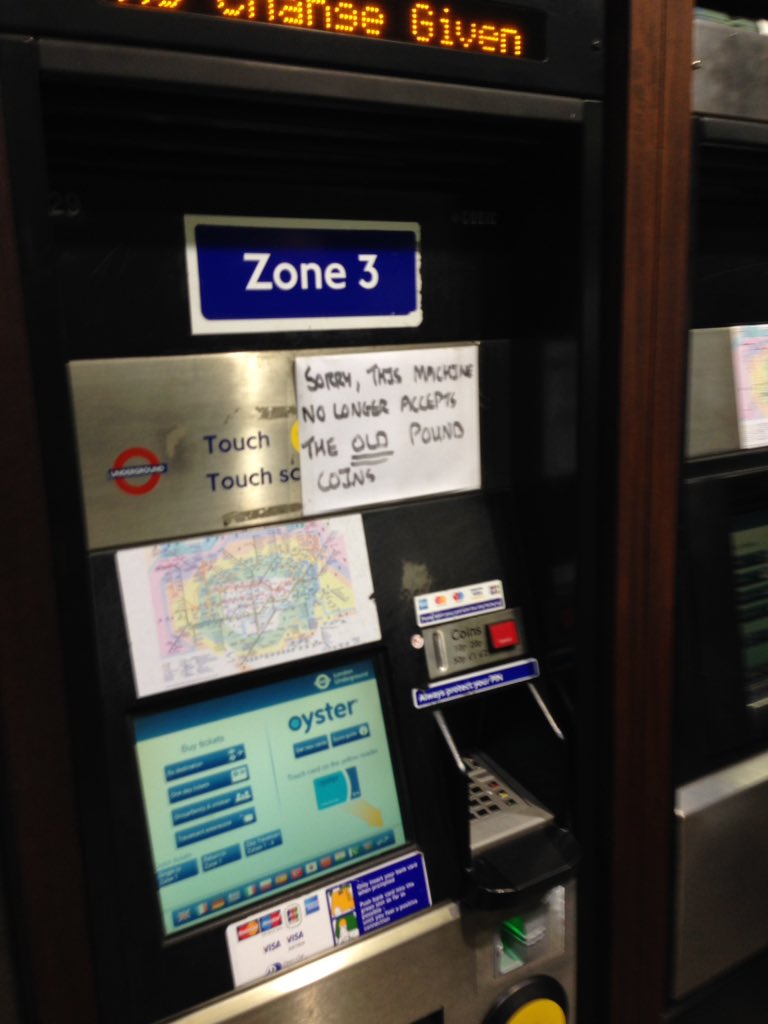 If you've had your old £1 coin rejected, let us know in the comments or at news@moneysavingexpert.com.

Can businesses reject my old £1 coin?

While the old round pound will be 'legal tender' until 15 October, that doesn't mean that shops and businesses are forced to accept them up until then – it's up to their own discretion.

'Legal tender' is a widely quoted term, but when it comes to what can or can't be used to pay for things, it has little practical use. It's actually a term used to describe the means of payment which has to be accepted to settle a debt - so if you're in debt to someone, you can't be sued for non-payment if you offer full payment in 'legal tender'.

What can you do if your old £1 coin's rejected?

If a business or self-service machine won't accept your old pound coin, it is up to you to ensure you have an alternative payment method.

The easiest option is to spend them where you can by 15 October, or save them. If you have a lot, you can exchange them at most banks and the Post Office.

In fact, most banks and building societies have told us they will accept the old pound coin even after 15 October – though usually only from their own customers. See our Piggybank Warning blog for more info.

If you are given an old £1 as change after a transaction, the Royal Mint says you're entitled to ask to swap this for a new pound, but it's up to the business whether it does this or not.