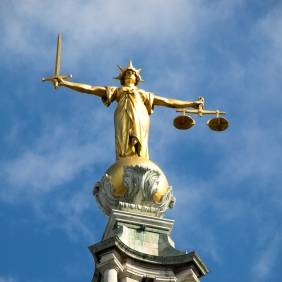 Under a new Government scheme, those who paid a registration fee for a Lasting Power of Attorney in that period can apply for a partial refund as they were charged more than was necessary.

A Lasting Power of Attorney is a legal document which allows you, while you still have the mental capacity to do so, to nominate a trusted friend or relative to look after your affairs if you lose capacity.

There are two types of Power of Attorney, one for finance and property and another for health and welfare. Some will have registered both and so can claim a refund of up to £108.

The Ministry of Justice told MoneySavingExpert.com that 1.7 million applications could be affected. It's not clear exactly how many people are owed a refund, as some will have registered more than one Power of Attorney, but it's likely to be a million or more.

Why is the money being refunded?

When you register a Power of Attorney, you're charged an application fee, set by the Ministry of Justice and paid to the Office of the Public Guardian.

Between 2013 and 2017, the operating costs of the Office of the Public Guardian decreased, but the application fee stayed the same, at £110. As the fee is simply supposed to cover operating costs, the Government's now repaying the difference between what applicants paid and what they should have paid, plus interest.

On 1 April 2017, the application fee for registering a Power of Attorney was reduced from £110 to £82. If you applied after that date, you can't reclaim.

How much can I reclaim?

How much you can reclaim depends on when you paid for the Power of Attorney, and whether you paid the full registration fee or the half-price fee, which is offered to those with an income of less than £12,000 a year or who are on certain benefits:

Refund for each Power of Attorney

The Government says the refund figures above include 0.5% annual interest, which is HM Revenue & Customs' standard rate when repaying overpaid tax.

Some people on certain means-tested benefits will not have paid to register a Power of Attorney and so will not be eligible for the refund.

How to claim a refund

To apply, you can claim a refund online or phone the Office of the Public Guardian's helpline on 0300 456 0300 and select option six. You don't need the Power of Attorney document itself, but you will need:

Here are the other need-to-knows:

If the donor has died you can still claim but you will need:

You can email these, along with your contact details, to poarefunds@justice.gsi.gov.uk, or send them by post to POA Refunds Team, 7th floor, Office of the Public Guardian. PO Box 16185, Birmingham, B2 2WH.

Once you've sent the documents you'll receive a call from the refunds team.