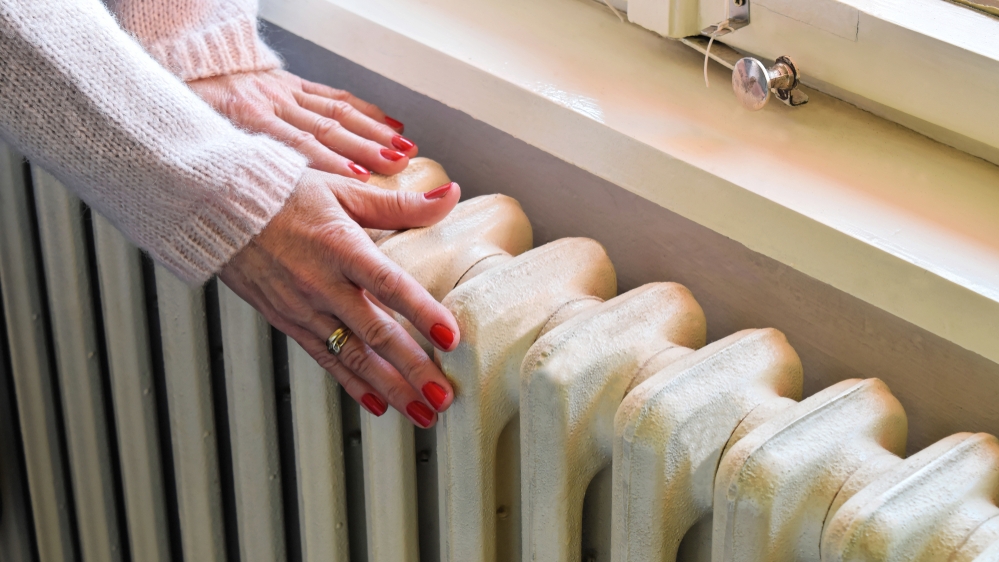 The new Green Homes Grant scheme is one of the Government's flagship Covid-recovery job-creation schemes, promising homeowners in England up to £5,000 free towards energy efficiency improvements. Yet it is being branded a massive flop by MoneySavingExpert.com founder Martin Lewis on the back of feedback and his snapshot Twitter poll, which lays bare problems with the scheme.

The Green Homes Grant, which opened at the end of September, gives vouchers to homeowners in England to help cover the cost of energy efficient improvements such as low-carbon heating systems and insulation.

Before applying, eligible homeowners must get at least one quote for each planned piece of work from a registered tradesperson – and the Government suggests getting at least three quotes from different suppliers.

But since the scheme's launch we've been deluged with complaints that homeowners are unable to find registered installers in their area who can carry out the work before the scheme's deadline at the end of next March. And Martin's snap Twitter poll suggests as many as 80% of those who have attempted to find installers have been unable to do so.

That, combined with the overcomplicated nature of the scheme, means many of the comments and responses Martin and MoneySavingExpert have received have been overwhelmingly negative. Considering its aim is to give away billions of pounds of grants, that's not a good look.

On Monday, Martin asked his one million Twitter followers if they had applied for, or were considering applying for, a green homes grant:

Today's Twitter Poll: Will you/can you use the govt's new Green Home Grants scheme? It offers up to £5,000 for energy efficient home improvements (see https://t.co/m6eLtALnCx) tho the scheme is complex.

Which of these is CLOSEST to your situation?

While Twitter polls are not an accurate statistical representation of UK demographics, the results are strongly indicative of a systemic problem. The figures suggest that about 84% of those who have either applied or tried to have been unable to find a suitable installer.

The fact that over 1,000 respondents reported problems finding a supplier suggests there's a significant problem, and backs up other complaints we've received about the scheme.

For example, Stephen from Liverpool emailed: "I tried to phone quite a few numbers but some phone numbers on the list are unobtainable, other companies aren't sure they'll be taking part in the scheme and one was only operating in certain postcodes. The grants are available, I fit the criteria – but I can't find anyone to give me a quote for the work."

And Hal emailed: "I've been filling in the Government green homes form, but I've hit a stumbling block as I live in the south west and can't find an installer. I don't know what to do next."

Many people also responded to the poll sharing their difficulties in finding an installer – here are a few:

My sister is someone who doesn’t give up easily, she has spent hours applying, working it all out etc only to find ALL registered installers are booked up until end of the deadline.

Was going to apply but all builders busy till next year,catching up with Covid break so no chance to even start before March let alone complete before end date.Complete shambles ,take away Christmas period it's literally 5 months to collect quotes ,start and finish.impossible!

The Green Homes Grant's complexity puts many off too

The Green Homes Grant offers vouchers to cover at least part of the cost of making energy efficient improvements to your home. You can get the vouchers if you own your home – including those on long leaseholds and shared ownership.

To use the scheme, you'll need to choose at least one "primary" improvement such as low-carbon heating or insulation. Yet you can't just replace what you've got – this needs to be new or a top-up, which automatically leaves many people out in the cold.

The problem is it is only if you qualify for a primary measure that you can also get funding of up to the same amount for "secondary" improvements such as draughtproofing, upgrading single glazing or installing energy efficient doors. And again this complexity has put many off:

It’s ridiculous Martin, I would benefit enormously from some double glazing to replace old draughty metal framed single glazing but first I would have to have a heat pump installed which I don’t need, don’t want and would anyway use up all the £5000 grant available.

There’s no primary work we can apply for which means we can’t get any secondary work done either.

Hi @MartinSLewis, I'm sure you will have received many comments like mine. My house is 22 years old and the double glazing is knackered, draughty window frames, etc. I would need to have a a primary measure installed for £5K which uses up the whole grant.

Martin: 'This scheme is all mouth and no trousers'

Commenting on the early results of the poll, Martin said they were "confirmation of the many complaints I've had over the scheme" and "likely strongly indicative of the situation".

Echoing his statements outlining initial problems covered in our Green Homes Grants guide, he's now called on the Government to do three things to improve the scheme:

The Green Homes Grant scheme, one of the Government's flagship coronavirus job creation schemes, is all mouth and no trousers. It's overdesigned and overcomplex.

The Chancellor's original promises now look shallow to millions of consumers who thought they'd be able to use it to improve their home and make it more environmentally friendly. The fact you must qualify for primary improvements before you can get secondary ones means many who've already invested to try and improve things are literally left out in the cold, unable to do needed secondary upgrades.

It's not just a failure of design though. It's a delivery flop too. The scheme was launched with a dearth of installers. The feedback we're getting is mostly frustrated and angry – which is surprising for a scheme that is giving out free money.

It seems only a fraction of people who do want to take up the scheme are able to do so – only one in six in my indicative Twitter poll. Some are told their nearest installer is at the other end of the country – though if the site shows your nearest installer is 250 miles away, that’s likely the head office of an installer near you. Others lucky enough to find an installer are turned down as the six-month deadline to get the work done is too close, even though the scheme has only just launched.

This has become a postcode lottery. Only those lucky enough to be in areas where there are installers will access this scheme, and the rest are being shut out through no fault of their own.

There are three urgent remedies the Government needs. It must get installers on to the scheme to meet demand. It must spread the budget out to ensure that those in areas with no installers currently will get a fair crack at it. And it must change the ridiculously tight 'all work must be finished within six months' deadline. Once it's done that, it should look at simplifying and opening up the whole structure.

A spokesperson for the Department for Business, Energy and Industrial Strategy said: "We are working closely with industry to ensure there are enough installers to meet demand.

"Over 1,000 companies have signed up so far with more registering every day, including many businesses that operate nationally with substantial capacity to carry out work across the country."

'They're all booked up!': Homeowners applying for the Green Homes Grant struggle to find installers