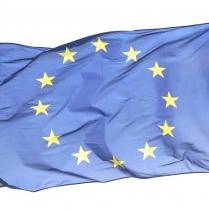 The European Parliament today voted in favour of capping call, text and data roaming charges when using mobiles on the Continent.

The new prices apply to calls made within the EU to an EU country, including the one you're in.

Host wholesale operators (the network you're using while abroad) will not be allowed to charge your home operator more than €1/GB for mobile internet, which may filter down to customers, but is not guaranteed.

From 1 March 2010, there are also plans to offer customers a free alert when they’re near to reaching a limit of €50 from data roaming. If the customer doesn’t respond to the warning, data roaming services will be cancelled to prevent further charges.

Daniel Lawrence, telecoms analyst at MoneySavingExpert.com, says: "While the new regulations are good news, the caps are relatively high and it’s possible to seriously slash costs below this. First check if your mobile provider offers any free add-on packages to cut costs while abroad.

"Also consider buying a local network’s sim when you get there or get a special international one in advance for much cheaper rates."