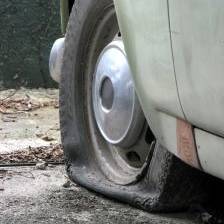 The UK economy is officially in a deflationary state for the first time in almost 50 years. That means the cost of living is falling.

The Retail Prices Index (RPI), which measures the cost of living over the past year, including housing costs, fell from 0% in February to -0.4% in March. This is the first time the RPI index has shown a negative figure since 1960.

The Consumer Prices Index, which measures living costs without housing, was down from 3.2% in February to 2.9% in March. This is still well above the Government target of 2%.

Lower mortgage costs for some – following months of Bank of England base rate drops – are largely responsible for the fall in the RPI index.

Dan Plant, savings analyst at MoneySavingExpert.com, says: "Savings rates are far lower than a year ago, but deflation can soften this blow. Even if you’re earning a paltry sum on your cash it could still outstrip the cost of living."

However, the Liberal Democrats point out not everyone will experience deflation.

"While those on higher incomes who have seen their mortgage costs plummet are now experiencing deflation, those on lower incomes whose money goes on basics like food and clothes are still seeing their costs rise."