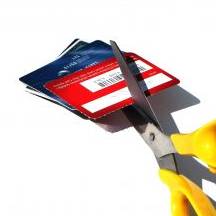 The Government is considering regulating debt management companies to ensure that both consumers and creditors are being treated fairly.

The firms negotiate on behalf of people who are unable to keep up with their borrowings, setting up agreements for a set amount to be repaid each month until the debt is cleared.

But despite around 150,000 of the schemes being taken out each year, the sector is currently unregulated and there can be huge variations in the amount companies charge for their services, with this often deducted from monthly repayments, while interest on the debt is not always frozen.

Many companies also advertise their services aggressively, and there are concerns that consumers may not be aware of all the options available to them when they take out one of the plans.

A fair system for everyone

The consultation will look at whether intervention in the sector is needed and, if so, if it should be regulated, or if introducing a code of practice would be more appropriate.

It will also consider whether charges on the plans should be more consistent and whether interest on the debt should be frozen once a plan has been agreed.

Other areas that will be considered include whether consumers should be given better advice by debt management companies on the full range of options available to them to deal with their debt.

The Government said any changes that were introduced to the plans would ensure creditors received maximum returns on what they were owed and that they did not have to spend time chasing debts.

They would also be given regular updates on the financial circumstances of people on one of the plans, with these provided in a consistent format.

Business Minister Ian Lucas said: "Our aim is to help people take control of their finances and pay off their debts quickly and fairly.

"We want a system which is fair to everyone involved so that debt problems don't spiral out of control."

The consultation will run until 18 December this year. In the meantime, the Government plans to raise awareness of the pros and cons of the schemes by publishing guidance on what to expect from non-court based operators.

The consultation was welcomed by charity the Consumer Credit Counselling Service, which has been setting up debt management plans for clients free of charge since the early 1990s, during which time it has helped around 100,000 people to repay £1.15 billion to their lenders.

Chairman Malcolm Hurlston said: "A protocol will ideally cover the needs in the non-profit sector.

"But we would like to see controls on the pricing and marketing of the various debt management or repayment schemes currently proliferating across the for-profit sector.

"Such restrictions introduced in some states in America, including California have been shown to offer considerable benefits to the consumer."

Sue Edwards, head of consumer policy at Citizens Advice, said: "Our evidence shows that there is a need for statutory regulation of debt management schemes. Self-regulation hasn't yet proved to be sufficient."