Banks hit back in row over hardship charges 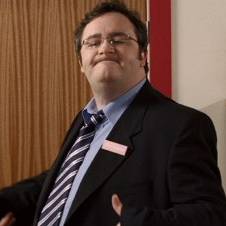 The British Bankers' Association (BBA) has hit back at MoneySavingexpert.com after we highlighted the Financial Ombudsman's concerns that many bank charges reclaimers in hardship are being unfairly treated.

So now MoneySavingExpert.com creator Martin Lewis is calling on the head of the BBA to answer the concerns of those who feel mistreated as we've received a flood of complaints from angry consumers.

At no point does the BBA, the banks' trade body, contest the accuracy of MSE's original article, which was widely reported elsewhere, but it uses spin to suggest the story's misleading.

The release was originally posted on a website for financial journalists. You can read our scanned copy of it here: the BBA's release.

The story in question reported the contents of a letter sent this month by the Financial Ombudsman Service, the independent complaints arbitrator, to current account providers.

The note said some banks are not "engaging properly with consumers" in hardship trying to reclaim fees for exceeding their overdraft limit (see the Bank Charges Hardship guide).

It added that banks sometimes write confusing and "inaccurate" letters when addressing customers.

See the Ombudsman's letter to banks

A strict condition of the current freeze on bank charges reclaiming is that banks and building societies cannot put customers in financial hardship on hold.

This doesn't mean consumers will automatically get their charges back, but that providers must at least engage with complainants and not ignore their concerns.

MoneySavingExpert.com has been flooded with emails and posts on the site's forum from those in hardship who say their bank or building society won't hear their case.

That letter accused some claims firms of failing to hand over full details of consumers' circumstances to their bank.

The BBA insists banks are "satisfying" the condition that stipulates they must treat those in hardship sympathetically.

The BBA adds: "The story accuses banks of failing to meet their obligation to help customers facing financial hardship. But it does not cite the letter issued by the Ombudsman at the same time to claims management companies."

Martin Lewis, MoneySavingExpert.com creator, says: "We're delighted to publish the BBA's response, as it shows it heard the message about hardship mistreatment.

"After all, when we first called its press office it didn't know about the letter. So at least we've raised it to a higher level.

"Yet frankly, its response is absurd and only a partial account. It’s important to remember the BBA is a professional apologist group for the banking industry.

"When banks don't want to face up to what they've done they send the BBA to do it, so instead of seeing Barclays or Lloyds, you see this organisation whose remit is vague to much of the public.

"The news article was about banks and hardship cases and follows a substantial number of complaints from users in our forums about poor treatment, and banks gerrymandering to avoid following the rules.

"The Ombudsman's letter adds weight to that, as it is obviously concerned about the way the banks are handling complaints too.

"The letter to claims handling firms is a separate story. We've no love for them either, yet as the MSE stance has always been to do it yourself, rather than use them, the prime angle for us is about the banks.

"So now you're listening, BBA, what are you going to do about the problem with hardship cases? If we send you case studies, will you berate your members and agree there's a problem?

"Or better still, I'd like to invite Angela Knight, head of the BBA, to come and take questions from users in the forum in hardship about their treatment.

"We've published your press release even though we don't agree with it – now will you meet us half way and talk to real people about how your members treat them?"