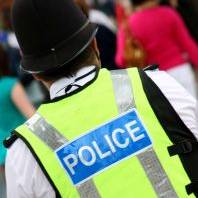 More than 1,200 scam websites targeting Christmas shoppers were shut down today in an unprecedented online raid.

The websites offered discount designer goods including clothing and jewellery, but police said customers either received counterfeits or nothing at all.

He adds the sites offered items including trendy Ugg boots and GHD hair straighteners as well as jewellery from Tiffany & Co and Links of London.

The operation was co-ordinated with a company called Nominet which registers .co.uk website addresses, though no arrests have been made.

The scam websites are believed to have made millions of pounds for the gangs operating them.

"The risk begins when your desire to purchase blinds your judgment or leads you to illegal websites. If it looks too good to be true, it probably is."

Police said those duped by the scam could also be at risk of having their identities stolen or misused.

Lesley Cowley, chief executive of Nominet, says: "We received clear instructions from the PCeU to take down the .co.uk domain names, which have been under investigation for criminal activity.

"We worked closely with the police and our registrars to quickly carry out the instruction to shut down access to these sites."

Police intelligence revealed that the majority of the fraudulent sites were registered from Asia, despite their UK domain names.

This made it difficult for victims to complain about poor quality, counterfeited items or goods not received.

The PCeU is now working with Nominet and other leading domain name registrars to prevent the future fraudulent registration of sites using false or misleading details.