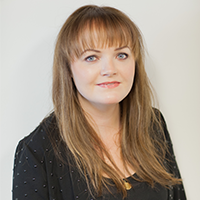 Tastecard customers have complained about being stung by a £30 fee for yearly membership they didn't want, after phone lines to cancel were busy or the firm failed to act on emailed cancellation requests.

Tastecard is a discount card scheme that gives 50% off or 2for1 on meals at 6,500+ UK restaurants. A recent promotion it ran – which wasn't featured on MoneySavingExpert.com – saw tens of thousands of people sign up for a £1 three month trial membership.

The firm says it made it clear to customers that they had to cancel within the trial period, or they'd be automatically enrolled on to its £29.99 annual subscription. Specifically, it says it warns people on nine different occasions when it runs trials of this nature.

But we've seen many reports from customers who while aware of this, couldn't get through to cancel due to constantly busy phone lines and emails not being answered. See our How to complain guide to find out your rights.

MoneySavingExpert.com forum member fiscalfreckles, for example, says: "I've had a three month trial for £1 and was fully aware that if I do not cancel, I will be charged for a further membership. However, I can't cancel! Its phone lines are either not working or engaged.

"I have been trying to get through for four days and at the end of today I can see it will say I have not contacted it and take the payment (it has my card details from the £1 offer)."

The news echoes similar complaints from Amazon shoppers who were automatically enrolled on to its £79/year Prime service after signing up for a 30-day trial (see the How to cancel unwanted Amazon Prime MSE News story).

Tastecard declined to provide a comment for our piece as it believes only a small number of people who signed up to the deal were unable to cancel in time.

I couldn't get through to cancel in time. Can I get a refund?

Tastecard says the trial period has ended for all customers who signed up for this particular promotion, so it's too late to cancel if you haven't already done so. However, if you did try to cancel but couldn't get through, you should:

You have a right to complain and push for a refund if you've automatically been enrolled to Tastecard when you tried to cancel in time. So if complaining directly to Tastecard doesn't work, ask your card provider or other payment provider for a refund. There's no guarantee you'll get your money back – Section 75 legal protection only comes into force on purchases of £100 or more – but it's worth asking.

Alternatively, take your complaint to the free, independent complaints arbitrator, the Consumer Ombudsman. Please let us know how you get on in our forum.

If you didn't cancel before your trial was up simply because you forgot, Tastecard says you won't get your money back.

I didn't realise I had to cancel. Can I get a refund?

If you feel you weren't made aware you had to cancel within the free trial period, take your complaint to Tastecard in the first instance, and if that doesn't work, follows the tips above.

However, Tastecard says it warns people of its auto enrolment policy on nine separate occasions and that this is detailed in its terms and conditions.

How will Tastecard stop this from happening again?

Tastecard has now set up an online form for trial customers to use to cancel in future – you just need to ensure you submit the form before 5pm on the day prior to your renewal date.

It says this has been created following both internal and external feedback.

Here are some of the frustrations we've seen expressed by customers who have struggled to cancel their membership in time: