Banks have started to pay out £1,000s to people reclaiming PPI under a new rule which means you may be able to claim back some of the cost just for having had a policy.

From 29 August banks have had to consider a court ruling known as 'Plevin' when dealing with PPI claims, meaning you can now claim if your provider earned a high level of commission from your PPI and this wasn't made clear to you.

What is the 'Plevin' rule?

'Plevin' gets its name from a 2014 court case brought by one Susan Plevin. The court ruled that she had been treated unfairly as she hadn't been told about the huge amount of commission taken from her PPI payment – 71%.

Under the Plevin rule, if more than 50% of your PPI's cost went as commission to the lender and this wasn't explained to you, you're due the extra, plus interest.

The average commission banks were paid was 67%, meaning millions more people sold PPI are now entitled to money back.

You probably won't know the amount, as most banks didn't disclose it, but as many took 50%+, it's worth a go. To qualify, your PPI and any connected loan had to have been active in or around April 2008 or after.

It's been eight weeks since banks had to start considering Plevin claims – while it's possible some looked at a few cases before that, they weren't required to. Already we've started hearing from successful claimants and it's likely the floodgates will open in the coming months.

Alison Baker, from Bradford, West Yorkshire, was one of the first to get in contact, after being awarded £1,175.

Alison and her husband David had previously submitted two PPI claims in 2011 – one for a Capital One credit card and one for a Nationwide mortgage. Both claims were unsuccessful, despite Alison taking her case all the way to the ombudsman.

But after reading on MoneySavingExpert.com about the Plevin ruling, the 42-year-old legal secretary decided to claim again for both products in mid-September, and received a cheque from Capital One within two weeks.

She said: "I was umming and ahhing for a long time about claiming again as I'd already had my two claims rejected, but in the end it only took me about 15 minutes on Resolver [our free reclaim tool] – I didn't even really have to think. I had kept all the paperwork relating to both products and I think this made it easier.

"I have received a cheque for the Capital One credit card, which I took out in around 2006, and I'm still waiting to hear back on the mortgage, so I could be due more. I've got to thank MSE for your article on Plevin, which was really useful.

"I've actually been in hospital for the past week recovering from an illness, so it was definitely welcome to have a good bit of news." 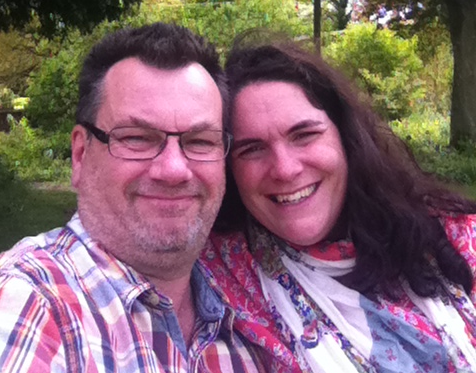 Alison and her husband David

Alison's not alone. We've heard from other MoneySavers too, such as:

Let us know if you've successfully reclaimed under the Plevin rule by emailing news@moneysavingexpert.com.