TSB customers have been accidentally sent letters to other customers revealing their names and addresses, MoneySavingExpert.com can reveal, in the bank's latest blunder since its massive IT meltdown.

We've seen at least 20 reports over the past couple of days from TSB customers who've received a letter saying the bank was dealing with their complaint and apologising for the delay in response.

All say they've received letters addressed to at least one other customer - in some cases alongside a correctly addressed letter. One customer's reported receiving six letters in the same envelope.

TSB's apologised for the blunder which it says has affected a "small" number of customers.

The bank's been struggling to fix its IT issues ever since a botched upgrade of its systems at the end of last month. Customers have faced weeks of disruption, and the bank is still unable to give a timescale for when the problems will be fully fixed.

For all the latest on TSB's problems, and how to complain and get compensation, see our TSB online banking problems guide.

In the last 24 hours we've seen at least 20 tweets to TSB complaining about the issues. 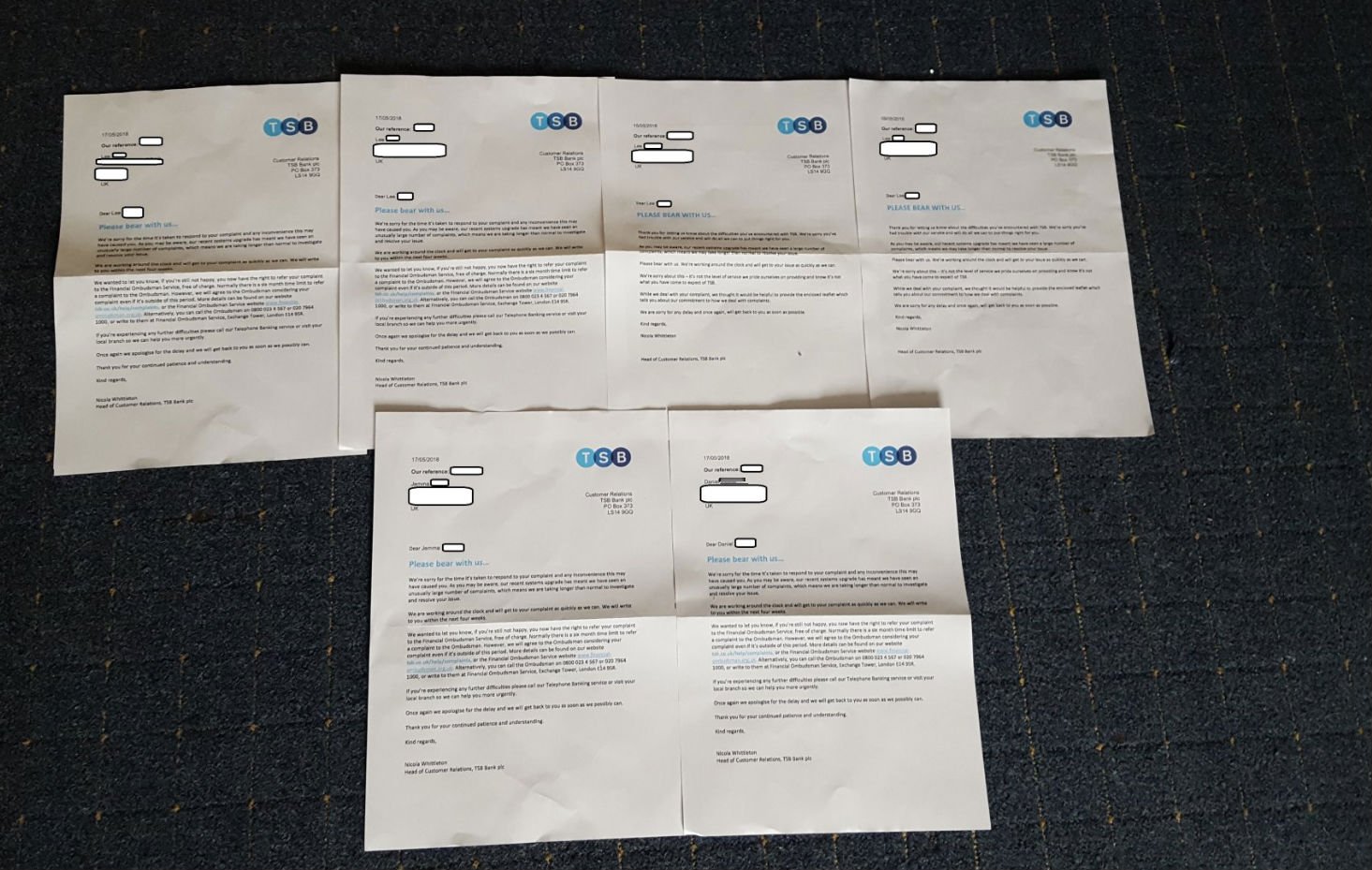 Here are a few of the other tweets we've seen:

Hey @TSB - who do I complain to about receiving a "we're dealing with your complaint" standard letter addressed to someone completely different...? #GDPRfail

@TSB @MartinSLewis I’ve had another letter apologising for the time it’s taking to resolve things. Included in the envelope was an exact same letter addressed to another customer with their home address on. A clear breach of data protection & the recent GDPR changes
I’ve DM’d you

Hey, @TSB did you mean to send me someone else's complaint response letter along with mine in the post?? Wonder how that stacks up with #GDPR #TSB #TSBMeltdown

@PaulPester any comments on how your company is handling customers data? Had a letter from @TSB today apologising for the delay in dealing with my complaint but you included a letter addressed to another customer #dataprivacy #fail

A TSB spokesperson said: "We are aware that there has been an issue with a recent acknowledgement mailing.

"We are working with our third party supplier to understand the root cause of the error and we’d like to apologise to anyone that may be impacted."