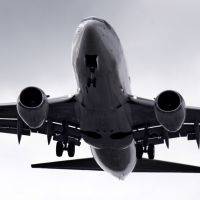 Four UK airports are in the process of installing free drinking water fountains in their departure lounges following a MoneySavingExpert campaign, and a further two are considering it. But half of UK international airports still don't offer free water fountains to passengers.

Almost a year on Exeter Airport has now installed a free water dispenser, while Aberdeen, George Best Belfast City and London City airports have all confirmed they will be installing free fountains. Glasgow Prestwick and Liverpool John Lennon told us they are considering following suit.

The remaining airports say passengers can ask for free tap water at restaurants and cafes - though this is less convenient and could be off-putting, particularly if you're not buying anything.

See our 62 Overseas Travel Tips for more ways to save when you're jetting off.

How to find free water at airports

Although passengers aren't allowed to take liquids of more than 100ml through security at airports, the Civil Aviation Authority has confirmed you ARE allowed to take empty water bottles through to be filled airside - meaning you can fill them up on the other side and so avoid buying pricey bottled water for your flight.

We've compiled a list of exactly where you can find the free water fountains or dispensers at the following 13 UK airports in our Overseas Travel Tips guide:

Here's a list of the 15 airports which told us they don't have any water fountains: