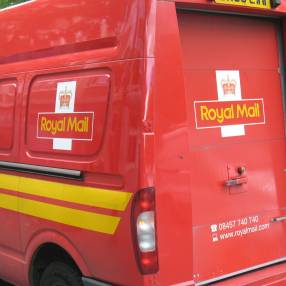 Postal workers have voted in favour of a national strike in a bitter row over jobs, pay and services, it was announced today. This threatens widespread disruption for consumers in the coming weeks.

Some 76% (over 60,000) of those balloted by the Communication Workers Union (CWU) voted in favour of striking.

It is unclear when the strike will happen, though the union must give seven days' notice. It has been two years since the last national stoppage, though the country has already been beset by numerous regional strikes.

Royal Mail condemned the CWU's plan for a national strike as "deplorable and irresponsible".

Those who rely on receiving statements to pay their credit card bills on time may be severely affected by the strike.

By not receiving a bill and therefore missing a payment, customers could be hit by £12 penalties, be given a credit rating black mark or see promotional rates axed (see the Reclaim Credit Card Charges and Credit Rating guides).

Yet many major card providers have said they will be sympathetic to affected customers if their bills do not arrive in time (see the Credit firms promise postal strike leniency MSE News story).

If you set up a direct debit to pay any bill you should never miss a payment, regardless of Royal Mail strikes (see the Direct Debit guide).

Robert Hammond, post expert at lobby group Consumer Focus, says: "To avoid extra charges, consumers expecting bills should call the company in advance and arrange an alternative way to pay, such as by phone, online or at a bank or Post Office.

"A prolonged strike over Christmas could cripple the postal service and will lead to a miserable time for consumers and businesses."

In addition, online auction site eBay said it has decided to temporarily remove the option for buyers to rate sellers on the time taken to dispatch an item, following the strike decision.

A spokesman says: "This action was agreed to support eBay sellers as their status and discounts on the site are dependent upon their Detailed Seller Ratings (DSRs), of which dispatch time is one such criterion."