Minister admits millions 'don't have a clue' about pensions 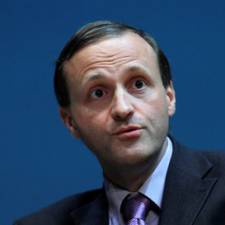 The pensions landscape will undergo major change over the coming months with the first set of new plans set to be implemented in April.

Yet Pension Minister Steve Webb (pictured, right) admits many people don't have a clue about many aspects of the system in a frank interview with MoneySavingExpert.com.

It may not be the sexiest subject in the world but saving for retirement, or deciding what to do when you're retired, is something that should matter to all of us given millions are failing to save for their old age.

Webb says he wants to make pensions more accessible and wants to outlaw the use of complicated jargon and develop an iPhone app to help people's understanding.

Some of the changes Webb will oversee include:

With all the upheaval due, we asked Webb to answer many of your concerns about the UK pension system.

Here is what he said (our questions in bold):

Pensions is a complicated subject, not helped by some of the industry terms which can be confusing. What are your thoughts?

"We need to make pensions more accessible to people. Nest is doing a lot on this issue. It has a bible for words that it must not use that are jargon.

"We are looking at ways to make pensions more accessible such as looking at having an iPhone app.

"I often observe that no-one has a clue beyond the basics. If I stopped someone in the street I doubt they would know how much second state pension they were getting. No-one knows.

"It is ripe for reform and the goal has to be a simple system. We will announce in due course."

There is serious talk about a complete overhaul of the system to provide a single £140 a week state pension instead of having a basic state pension, a second state pension and pension credit (which tops income up to £132.60 a week). What are your plans? [interview was conducted before reports this week the £140 pension announcement was imminent].

"Nothing is confirmed. If you had a £140 pension those with disabilities would have pension credit above that but it may look different.

"There is a trade-off between the deficit and an aging population but you can't live on £97.65 [the weekly full basic state pension payout].

"Over time, the link between average earnings and rises in the state pension will improve things."

Under the current system, it is estimated over one million people do not claim pension credit who are entitled to it. What can you do to encourage take-up as many people are missing out on vital income?

"It is a problem we are aware of. The media can play its part in raising awareness too.

"We are doing a research project to identify people who are entitled and not receiving. We are putting money into their account and we will tell them why we have done that.

One area of the system that confuses people is the need for paying national insurance (NI) which determines state pension entitlement. Doesn't NI complicate the tax system? Why not just have a single tax that incorporates income tax and NI?

"We envisage a role for NI. It is important people feel when they put something in they get something out.

"People know their NI is different and that you are buying an entitlement but it is not perfectly understood. Merging the two [NI and tax] raises all sorts of issues."

Another area of concern on state pensions is the 25p a week payout to the over 80s. Some see this as insulting given it's such a paltry amount and hasn't changed in decades. Will you increase the payout?

"It is one bit of the system that looks increasingly anomalous. We are focused on the system as a whole. My goal is to work out the bigger landscape."

And why has the Government changed the measure used to increase the basic state pension every year from the Retail Prices Index to the Consumer Prices Index, which tends to be lower? This could mean lower payouts.

"Most people think CPI fits pensioners better [housing costs are not included in it]. In recent years, RPI was negative so it's not right to say it is a negative move."

Many people, women especially as they retire earlier than men, are also concerned about having to work longer before getting the state pension. Do you think that's fair?

"We are trying to strike a balance. The driver is that life expectancy moves too fast and someone has to pay.

"At 66 a woman can still expect to live for another 20 years. For some women it is a change but partly because the retirement age did not change for a century.

"We think there is a woman soon to be 120 who retired at 60 and will spend half her life getting the state pension.

"We want to give people warning so pre-election we said the retirement age would rise."

What about those in manual jobs who may not be able to work into their late 60s?

"Life expectancy for male manual workers has gone up so raising the state pension age is relevant to them.

"What we are talking about is longer working lives but not necessarily doing the same job throughout. We need to look at retraining."

From next year, you will start automatically enrolling everyone in a workplace pension. Do you think it will help encourage saving or will many opt out of the scheme?

"This could be a dramatic change. I am excited about getting young people in. Some will say no and will opt out but we will try again to persuade them.

"At 22, people may say they don't want to put their salary into a pension but this will raise awareness. It is very uncertain how many people will opt out.

"We are keen that people realise the value of employer contributions as their firms will also be contributing to their pensions.

"Many people have not been able to access employer contributions so there are big potential benefits."

"There is nothing to stop a self-employed person going into Nest but we are not going to force the self-employed to save. Self-assessment has a different feel so it wouldn't be right.

"I am aware the self-employed are getting lower state pension [mainly as they don't always qualify for the second state pension] and that they miss out on a decent pension."

As employers have to contribute to Nest won't this simply mean they cut salaries?

"It will be surprising if there was no impact on salaries. Even if salaries fall Nest is a good thing as the money is going into a pension."

Do you think the fees you charge pension savers for administering Nest are fair as they will be higher in the initial years to cover set-up costs?

"As Nest is low cost we think it will make a difference to the market. Nest works out at about 0.5% [of the value of a pension fund] per year which is at the lower end of the market."

What about the high charges levied by commercial pensions firms, which has been a hot topic recently? Are they fair?

"We think Nest's charges will bring other charges down across the market as millions will be automatically enrolled so the market will have to react.

"We have legal powers, so if commercial providers' fees do not come down we can make it happen.

"Sometimes there are high charges for complex products but if Nest doesn't succeed in forcing others to reduce fees we will look at our powers.

You are scrapping compulsory annuities but one of the major issues around this subject is when people get an annuity they take their pension provider's rate and don't search for a better deal. How can you help this happen?

"The Treasury is looking at making the market more effective. We have to make sure people get value for money.

"Nest won't give a pension income and we will raise awareness that something else provides an income [which can be an annuity]."

One complaint we often get from users is why should pension income be taxable when it is so low for some?

"The vast majority of pensioners get a higher tax allowance so they don't pay tax on their first £9,490 of income [though this figure can vary].

"People misunderstand pensioner income as about half don't pay tax at all because of the higher allowance.

"Of the remainder, the vast majority are at the standard rate.

"Those with income above the threshold will mainly get it from company pensions where they got tax relief on the contributions so all we are doing is taking tax once."

Millions don't have a clue on pensions