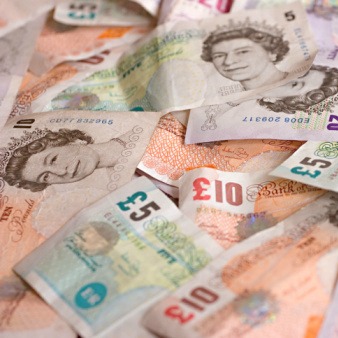 Britain's banks rode out the latest blow to confidence in the industry today after 15 of the world's biggest institutions were downgraded by Moody's.

Barclays, HSBC and Royal Bank of Scotland were among those targeted by the ratings agency because of their exposure to the escalating eurozone crisis.

But the banks – which had been bracing themselves for the downgrade since February – downplayed the impact, insisting the sector had taken action to ensure they were strong enough to withstand financial shocks.

A credit rating outlines an agency such as Moody's view on institutions' ability to pay their debts.

There are concerns the move by Moody's will add to funding pressures for credit-hit banks, potentially making it harder for them to borrow money commercially.

Lloyds Banking Group was left off the list of Moody's major downgrades. Its short-term prime rating was unchanged, but Moody's lowered Lloyds' long-term ratings by one notch.

The bank says the result "reflects the substantial progress" in its overhaul following the financial crisis. Lloyds stresses that the changes would have limited impact on its funding costs.

Banks affected by the Moody's downgrade last night include French group Credit Suisse, which was the only bank to suffer a three-notch downgrade.

Barclays was among those downgraded by two notches, with others including US firm Morgan Stanley, BNP Paribas, Royal Bank of Canada, Citigroup, Goldman Sachs Group, JPMorgan Chase, Credit Agricole, UBS and Deutsche Bank.

HSBC and RBS were among those to see a one-notch markdown, alongside Bank of America and Societe Generale.

A BBA spokesman adds: "They are well capitalised to be able to withstand future financial difficulties and have plans in place which will prevent taxpayers having to step in in the future.

"Their exposure to problems in the eurozone is also very limited. Moody's assessment reflects overall concerns about the current ongoing issues in the eurozone rather than the organisations themselves."

The Moody's downgrades reflect fears that the banks' growth and profit prospects are declining, and it raises speculation that it could spark a rise in mortgage interest rates.

The Bank of England and the Treasury launched an emergency funding facility for banks last week to help free up credit as the eurozone woes threaten a new phase in the credit crunch.

Richard Lloyd, executive director of consumer group Which?, says: "For too long banks have taken advantage of the lack of competition on the high street to increase the interest rates charged on mortgages, loans and overdrafts, with over one million consumers seeing their yearly mortgage payments increase by over £300 million with the standard variable rate rises earlier this year.

"This is why we cautiously welcomed the Chancellor's recent 'funding for lending' scheme. But we want to see strong safeguards in place to ensure banks pass on this cheap credit to consumers."