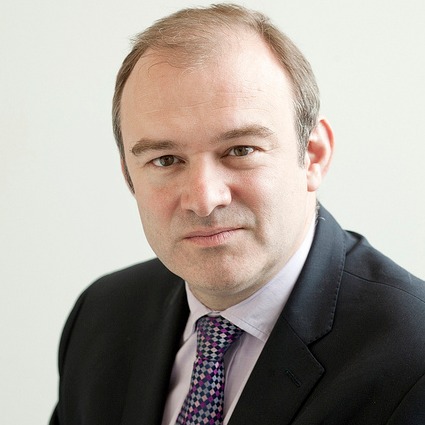 Millions of households are to be moved to better energy deals, with suppliers limited to four tariffs per fuel, under proposals published by the Government today.

Energy Secretary Ed Davey (right) announced the coalition will force all suppliers to move customers to a new deal, if it's cheaper than what they're currently paying, as quickly as possible – by summer 2014 at the latest.

Instant video reaction from MoneySavingExpert.com founder Martin Lewis below (done straight away — so things may have changed as the finer detail was uncovered).


For more from Martin on today's announcement, see his Energy change likely to mean 100s of new tariffs blog post.

Here are the key Government plans:


Prices will still vary depending on where people live.

Today's announcement doesn't mean an end to switching. The deals consumers will be moved to will be the cheapest for that provider, not for the whole market.

The move follows weeks of confusion about the Government's plans to simplify the market and reduce bills for hard-pressed families.

The proposals set out today are open for consultation until 4 January.

Martin Lewis, MoneySavingExpert.com creator, says: "This isn't the end of switching, as although the plans say consumers have to be moved onto the cheapest price from their supplier, it doesn't mean another provider isn't offering a cheaper deal.

"The homogenisation of tariffs means those who switch regularly and get the cheapest deals now will pay a lot more. Those who never switch and don't engage in the marketplace should pay a little less.

"However, what really counts here is how tight the regulation is linking consumer energy pricing with wholesale prices – and there was scant mention of that."

Prime Minister David Cameron trailed these moves last month when he told MPs the Government would legislate so gas and electricity companies "have to give the lowest tariff to their customers".

Energy regulator Ofgem also announced plans to force suppliers to offer their cheapest tariff to customers. But Ofgem said firms would only be required to tell customers about their best deals, rather than be forced to actually give them to consumers. Today's news kills this plan.

Those announcements came in the midst of five of the big six firms announcing price rises, with British Gas's average 6% gas and electricity hike having come into force last Friday.

Davey says: "Bill payers will no longer face the impossible choice between hundreds of tariffs.

"Each customer will have a maximum of four tariffs for gas or electricity per supplier to consider.