British Gas boss: The only way is up on prices 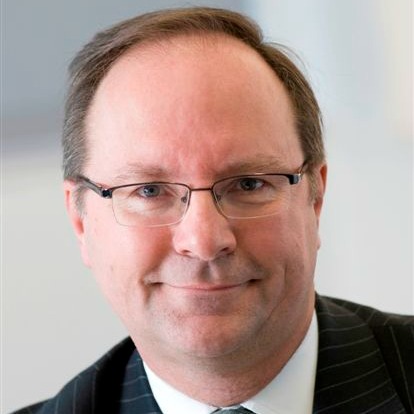 Energy bills will continue to soar, warns a top British Gas executive, in a wide-ranging interview with MoneySavingExpert.com. But he also urges households to cut their consumption as the way to cut their bills.

Ian Peters, the firm's managing director of residential energy, says rising costs for providers will mean bills inevitably jump over the coming years, though he refused to speculate whether prices would rise this winter. (See our Cheap Energy Club for who's offering the best deals now.)

Only last week energy comparison website Energyhelpline warned of forthcoming bill hikes. Its director, Mark Todd, said: "There are clear indications that energy price rises are close. I would not be surprised if they are announced within the next two months."

British Gas has refused to rule out upcoming price hikes following a 3.2% rise in profits for its parent company Centrica, to £356 million for the first half of the year.

In the interview below, Peters also calls for less pressure from regulators to allow firms to produce simpler bills.

Q: Could you go through your costs that feed into the price of a household bill, so users know how the cost to you impacts the prices you charge the public?

A: There are five main elements that make up a bill. The biggest is the wholesale price of gas and electricity, the price we pay for it.

Globally, demand for gas is rising. But the UK's running out of gas, so we're in a global market paying global rates for gas. The forces of supply and demand are steadily pushing the price up and gas still generates about a third of our electricity.

The second element is the pipes and wires that bring energy to homes. The gas infrastructure is very old and needs replacing, and that cost is passed onto us. The electricity grid isn't fit for purpose, so there's a massive investment there.

On average, 85% of a bill is costs largely outside our control.

We then have our operating costs, which have stayed broadly flat at £104. Taking inflation into account, we're actually reducing our costs in real terms.

I can't forecast Government charges but wholesale prices and delivery are going up long-term. That doesn't mean bills need to go up, as people can cut their consumption, but those are the factors driving prices.

[MSE insert: British Gas supplied us with the two graphics below to show how it says its costs have risen over the years and how that has translated into larger bills for us. The larger width of the light bulb in 2012 illustrates the bigger bills households have been subjected to, and within the light bulb you can see the rising costs British Gas says it's faced over the years which have contributed to bigger bills.]

Q: Will the cold winter feed through to price changes later in the year?

A: When it's cold, customers use more gas, the central heating is on longer. We said in February we wouldn't take advantage of that to increase profits. We'll use it to do what we can to shelter our customers from these forces which are trying to push prices up.

A: Over three to five years it looks like prices will carry on going up. But bills don't need to go up, because customers can do things to keep them down.

When there have been significant increases in the past three years, [regulator] Ofgem's numbers show the average bill has gone up by 3.6% per annum, broadly in line with inflation.

Household consumption is falling, and there's a lot we're doing to help that happen – from insulating homes through to upgrading people to condensing boilers, which take gas consumption in a house down by about 20%.

There are behavioural changes we can help with, so we've got Energy Smart [an online service] and smart meters which monitor your electricity usage.

On average, our customers' gas consumption has dropped by about 22% over the last four years. Electricity is slightly lower – it's dropped by about 7%, partly because we've got a gadget economy. So, bills are not rising anything like the pace at which prices are going up.

Q: What about this year? Can people expect a hike this winter?

A: It's too early to tell. Delivery costs are going up, but they're regulated by Ofgem. Environmental and social policies in isolation would increase an average bill this year by about £30.

But it's been colder at the start of the year, and we're doing things to manage our cost base. The wholesale market, hopefully, isn't running away from us. Since we got through March, supply has been relatively good, but I can't forecast the winter.

Q: If all of these costs are going up, to maintain that £48/£49 profit margin, it's inevitable bills will rise this year, isn't it?

A: It's not inevitable.

Q: Why do companies always seem to put prices up at the same time, what's going on?

A: Broadly speaking, 85% of costs are common across the industry. It's a bit like the way petrol prices move roughly at the same time – their import costs are very similar.

In 2007, it was largely a six-player market, now we effectively have a 24-player market – switching sites play a valuable role in stimulating competition. Compared with other industries, we've a very lively, competitive market compared with where we were seven or eight years ago. Switching rates are probably the second highest of most sectors in the UK, apart from motor insurance.

The so-called big six have got 97% of the market – but that's not the same as controlling it.

Q: What's your view on having a single unit price for energy, without a standing charge [which works like line rental], as has been mooted?

A: I can't argue against it being the simplest tariff. But there are very significant unintended consequences. Crudely, it will make around 30%-40% of UK consumers loss-making for companies [which means companies will put prices up for them].

Many of those are at the vulnerable end of the market. I don't think that's healthy. The revenues won't cover the cost, and that's basically what standing charges are for.

If a single unit rate was brought in, it'd mean prices going up for about 60% of the UK population.

Q: Should there be only four tariffs, as Ofgem has proposed?

A: Having 23 tariffs does nobody any favours. We've got six, but we're relatively comfortable with four.

Q: What do you think will happen to prices as a result of this?

A: Our tariffs broadly reflect cost differentials, so our online tariff is about 4% lower than our offline tariff – the difference in cost to provide that service.

Some of our competitors have very different approaches to this and I think – I can't speak for them – they'll find it more difficult to sustain that level of differential. I don't think prices will go up, you'll see different strategies flying around.

Q: What can the market do to make understanding energy bills easier?

A: The regulator tells us how to put two-thirds of a bill together. Do I think it's the easiest way? No. I can show you the algorithm we use and even I don't understand it. The calculation isn't intuitive to a customer.

At the heart of this is, can customers relate to a kilowatt hour? What is it?

I'd like to get to a point where we could bill intuitively on what customers relate to, which are the units that have gone through their meters.

But now there must be hundreds of meter types installed. Some are metric, some are old imperial meters so it's not all the same.

But at the end of the smart meter rollout, all their mechanisms will be the same, that's when you can start to do something with it. The end game here is itemised billing which says either you've used X in your kitchen or your lighting is Y.

Or in my case, my son's bedroom consumes the same quantity of electricity as Nasa.

Q: Will the meter know what it all comes from, for example, the cooker or the fridge?

A: The meter on its own won't. But if we have the right wireless components built into the devices, or smart plugs, the devices will send signals to the smart meter's modem.

Q: When will the first set of customers see this?

A: We've got about 100,000 smart meter customers already using this and they find it really insightful. It's personalised, it gives them control, and they can see within reason where their bill is being spent and they can do something with that.

For itemised bills, I would hope to have the first versions two or three years from now, but it depends on a lot of technological investment. To get all customers there, I think we're talking seven or eight years.