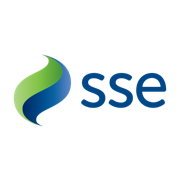 SSE is to pay £1 million after sending 580,000 pre-payment customers 'inaccurate and misleading information' in their annual statements.

The energy firm has agreed to pay the £1 million into regulator Ofgem's consumer redress fund after sending 1.15 million annual statements containing incorrect information in between June 2014 and September 2015.

The cash will be used by Ofgem to support vulnerable consumers and develop new energy products, but SSE will also consider individual compensation claims if you think you've been left out of pocket by its mistake.

Unhappy with your energy provider? Check if you can switch and save £100s/yr with our free Cheap Energy Club.

Ofgem launched an investigation into the issue after SSE reported it in November last year.

The mistakes were due to an IT coding error, which meant 1.15 million annual statements had inaccurate information on the alternative cheaper tariff available to customers and inaccurate estimates of how much they could save annually by switching to them.

Some statements also overestimated the annual savings the customers could make by changing their pre-payment meter to a standard credit meter paying by direct debit, as well as by moving to paperless billing.

Ofgem said although the statements contained 'inaccurate and misleading' information it believes that the level of harm to consumers was low, as only a small proportion would have been likely to switch, and their average saving would have been low too. But it said SSE failed to act quickly enough to rectify the mistake and inform customers.

It says SSE has now made improvements and Ofgem has closed the case.

Although the £1 million SSE has agreed to pay will go into Ofgem's consumer fund, the energy firm has said it will also consider individual compensation claims on a case-by-case basis.

If you were an SSE customer between June 2014 and September 2015 and feel you received an incorrect annual statement and so may be out of pocket you can contact SSE, and provide as much evidence as possible.

What does SSE say?

Gareth Wood, director of customer service operations, said: "We deeply regret the historic problems we identified with some annual statements for pre-payment customers, relating to a coding issue between 2014 and 2015.

"We proactively reported this to Ofgem once we became aware and, as Ofgem has recognised, we've put things right and now have stronger measures in place to help ensure it doesn't happen again.

"Although we're disappointed not to have met the high standards expected of us in this instance, we're pleased that the matter has now been closed with a voluntary payment that will directly benefit vulnerable customers."