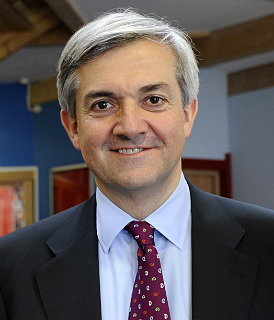 Plans to get tough with the big six energy suppliers have been unveiled by Energy Minister Chris Huhne at this afternoon's Liberal Democrat conference.

Huhne (right) announced he wants simpler tariffs and for energy companies to ensure consumers are getting the best possible deal (see our Cheap Gas and Electricity guide for how you can get the cheapest deal right now).

The key measures from his speech, which are expected to come into force by the end of the year, subject to Parliamentary approval, are:


The measures are part of the EU Third Energy Package, which is now being enshrined into UK law.

Huhne also confirmed energy companies had agreed to add information to bills this winter that will direct customers on how to switch to cheaper tariffs, although this isn't part of the EU energy package.

Additional proposals were also outlined for the Government to look into, which include plans for regulator Ofgem to be able to compensate consumers for "bad behaviour" by their provider, but there is no date for implementation of this.

Getting tough with providers

Huhne said: "We are determined to get tough with the big six energy companies to ensure the consumer gets the best possible deal.

"We want simpler tariffs. Requiring energy companies to tell you whether you could buy more cheaply on another tariff. And you could save real money.

"I want to help households save money, simpler charging, clearer bills, quicker switching and more consumer-friendly firms: co-ops, partnerships, consumer charities, dedicated to doing the shopping around for consumers to make sure you are always on the best deal, even if you do not have time to check yourself.

"I believe Ofgem should have new powers to secure redress for consumers – money back for bad behaviour – and we will stop the energy companies from blocking action by Ofgem, which can delay matters by a year."

He added: "It is not fair that big energy companies can push their prices up for the vast majority of their consumers who do not switch, while introducing cut-throat offers for new customers that stop small firms entering the market.

"That looks to me like predatory pricing. It must and will stop."

An Ofgem spokesperson says: "We are delighted with the secretary of state's commitment to new consumer redress powers for Ofgem.

"This is consistent with the findings of our retail market review in March which made clear that we would seek new powers where they were needed to better protect consumers.

"We also welcome the thrust of the announcements today from the secretary of state which, together with Ofgem's proposals to simplify energy tariffs, will give more power to consumers."

Ann Robinson, director of consumer policy at uSwitch.com, says: "In a year of double price hikes and soaring fuel poverty, consumers need Ofgem to champion their cause.

"The hard hitting and meaningful measures announced by Chris Huhne today will allow Ofgem to take its gloves off and will make it even easier for consumers to reject price rises by shopping around for a better deal.

"In a year when prices have increased by an average of £224 or 21% this is just the kind of ammunition that consumers need."