'I made £800 switching bank again and again.' Is this Britain's biggest bank tart?

A MoneySaver who made the most of banks' hefty switching incentives has told how he netted almost £800 in free cash and vouchers after opening six bank accounts in just over two years. Are you a bigger bank tart – and how do you do it to avoid the pitfalls?

Stephen McNulty, a 31-year-old energy efficiency adviser from Pontefract, West Yorkshire, got in touch to tell us of his extreme MoneySaving success after switching banks again and again. He tweeted:

@MartinSLewis I can't stop changing banks - I've done it 7 times since I get your emails - I just love free money though!! #needshelp

As his story shows, it's possible to make £100s from 'tarting', or switching bank account – in fact, several at MSE Towers have matched Stephen's success. See the Best Bank Accounts guide for our current top picks – in this article we explain how to do it, plus what to watch out for and the possible impact on your credit file. 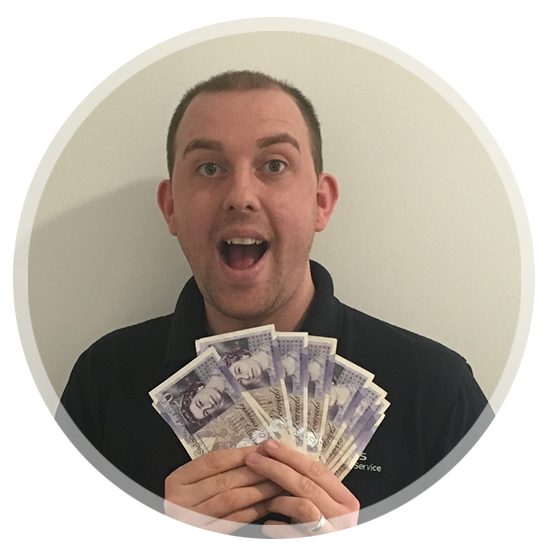 How Stephen did it

And Stephen's not alone – several MSE team members have used this trick to good effect.

MSE Megan F earned £800 too, though it took her longer. She opened six accounts over three years – two new accounts at Co-op, plus one each at Halifax, First Direct, M&S and Clydesdale. Meanwhile MSE Sarah M has made £450 so far without ever switching her main account.

Let us know if you think you can beat Stephen's bank switching haul – email your successes to successes@moneysavingexpert.com.

How can you do it?

Right now the big banks are offering switchers a total of £475 in cash or vouchers:

See Best Bank Accounts for full details plus info on each account. Switching bonuses come and go though, so make sure you're signed up to our weekly email to see when banks offer new bonuses or up their incentives.

Here are the key need-to-knows:

Is there a limit on the number of times you can switch bank accounts?

Each current account has its own separate rules, so you need to check the terms and conditions. However, as long as you abide by these, the Financial Conduct Authority says there's no limit to how often you can switch accounts.

Try to pick bank accounts to switch to when they're paying the max, though, because you may have to wait years to do it again, if you can at all. Here are the restrictions the current top payers place on their switching bonuses:

It's also worth bearing in mind that with some of the best deals you don't get the switching incentive cash immediately – in some cases you have to wait up to 70 days.

What about the impact on your credit file?

Switching bank accounts goes on your credit file, and only having short-term bank accounts can have a negative impact. In general Stephen and our other switchers have not found it too big a problem and have been able to get other credit.

Martin Lewis, founder of MoneySavingExpert, says: "The way I would see it is, what do you want to spend your credit file on? If you don't have any plans to borrow or get a mortgage, then why not spend it on making money from bank accounts, if you've no better use for it?

"If you've a mortgage or big credit applications three or four years away, that's fine. Just stop a good year in advance – applications only stay on your file for a year.

"But if you are planning to get a new mortgage imminently, or a big car loan that's more important to you than the free cash from doing this, then be much more cautious about how many accounts you switch to."

See our Credit Scores guide for more info on managing and boosting your credit rating.

Stephen kept an eye on his credit file using the agency Experian and says he didn't notice much impact: "It makes little difference," he says.

The one which didn't, Stephen says, was HSBC – he tried to switch to claim a £120 bonus but ultimately gave up.

"This was by far the worst switching service," he says. "I cancelled the process with HSBC because it was not hassle-free. After almost four weeks of the account being open I still hadn't switched.

"Unlike all other banks where you can agree to terms and conditions online, with HSBC you have to receive them by post; they then call you to confirm you've read them. When I said 'I'm not reading all this' they said they were unable to offer the switch – so I closed the account."

An HSBC spokesperson says: "A vast majority of customers who switch their accounts to HSBC have a good experience. Each application is different but we work hard to ensure this process is as simple and hassle-free as possible. We are introducing an online switching service later this year."

'I made £800 switching bank again and again'