Aldi offers two FOOT-LONG sausages for £1.89 – but does it give more bang(ers) for your buck?

Does size matter? Discount supermarket Aldi thinks so. It’s offering a pack of two foot-long sausages for £1.89 in all stores from Thu 2 Nov.

Aldi says the supersized sausages are made from 100% British meat and will be one of its weekly ‘special buy’ promotions, meaning once they’re gone, they’re gone – so you’ll have to go quick if you can stomach this one (find your nearest store). 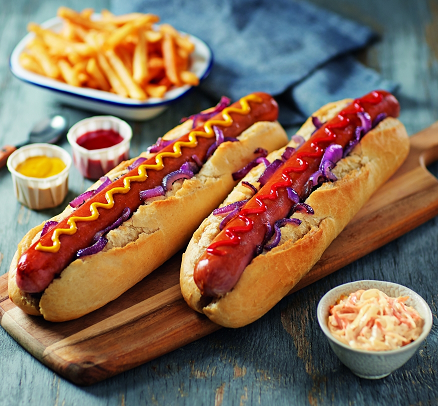 Is bigger better? Or is it just a silly sausage?

Aldi’s been boasting about its impressive length, so I’ve taken a closer look to see if the sausages are actually good value, or worth nothing more than a few giggles when you whip it out the packet.

Although Aldi and other supermarkets stock sausages that work out cheaper per kg than these, some that weigh about the same are sold at a very similar price – so they seem to offer fair value for money, though I suspect that isn’t the reason people will be drawn towards buying them.

Size-wise, we couldn’t find another sausage at any of the major supermarkets that matched up to Aldi’s, so if it’s the meaty 12 inches that’s got you excited, I reckon at less than two quid this should keep you satisfied – though remember, it won’t fit in your average bun, so you might need to pick up a baguette at the same time.