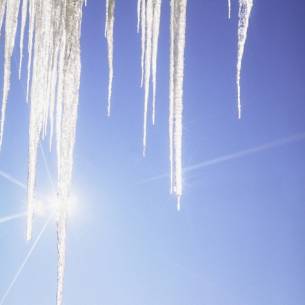 Lloyds Banking Group has been joined by many of its rivals in freezing payment protection insurance (PPI) claims.

The move is in defiance of Financial Services Authority (FSA) rules which state all claims must be heard while a landmark legal case on PPI reclaiming is ongoing (see the Banks' PPI block MSE News story and PPI Reclaiming guide).

Barclays, HSBC and Royal Bank of Scotland have confirmed they will put complaints on hold pending the result of the case, which could take months to resolve.

The challenge is being brought by the British Bankers' Association (BBA) to block moves by the FSA to ensure millions of mis-selling victims receive payouts that could top £2 billion.

Only Santander, of the major banks, will still hear complaints. It is also refusing to support the legal case.

MoneySavingExpert.com revealed on Monday that Lloyds was freezing complaints and that other banks were likely to follow.

A statement today from the BBA, which is leading the banks' campaign to freeze claims, says not all complaints will be put on hold by its members.

But its executive director Eric Leenders, speaking to MoneySavingExpert.com, accepts the majority will be frozen.

The BBA says the FSA is aware of its move and has offered no resistance.

When quizzed on the matter, the FSA reiterated a statement issued on Friday which said: "In the interests of consumers, firms will be expected to continue handling complaints while this process is ongoing."

PPI is designed to cover loan or credit card payments if you cannot work but it has been mis-sold for years. Some 24 firms have faced FSA action and over one million consumers have complained over the past five years.

Which complaints will be frozen?

The BBA and the banks stress it is impossible to give specific examples of what cases will be put on hold.

The issue centres on the fact the BBA is arguing, as part of the legal case, that its members have been required to follow FSA rules on PPI sales yet the FSA only clarified what is expected of them this year, and now expects banks to have followed those updated guidelines in the past.

The BBA says this is unfair as the regulator is applying regulation retrospectively.

For this reason, it wants to block FSA rules, due to come into practice in December, that force lenders to contact those sold in a similar fashion to victims who have already got compensation. It's thought almost three million people could be entitled to compensation under this ruling.

So, where banks believe consumers are complaining about mis-selling that falls under the new FSA guidelines, the case will go on hold. But as this is so vague it could give them free rein to put most cases on hold.

The BBA statement says: "Our members will continue to handle all PPI-related complaints in accordance with FSA rules. Where the assessment of the complaint would not be affected by the judicial review, these complaints will be handled in the normal way.

"If your complaint will be impacted by the judicial review, and cannot be resolved at this point, then your bank will write to inform you."

What can consumers do?

As things stand, the Financial Ombudsman Service, the independent arbitrator, is still hearing complaints. You must complain to your bank first and wait until a firm rejection, or if the issue has not been resolved within eight weeks, before involving the Ombudsman.

A whopping 81% of consumers who complain to the Ombudsman on PPI win their case. Yet only an average of 5% of rejected complainants, across all product sectors, take their case to the arbitrator.

Were banks to win the case, reclaiming could end, so don't delay in making a claim. An initial result is expected in early 2011 though the loser is likely to appeal.