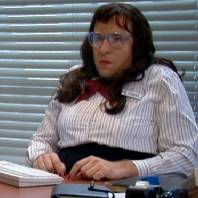 Hundreds of thousands of consumers could miss out on cheap online deals where Royal Mail has not registered their full address, meaning applicants fail a credit check.

Shoppers hit won't qualify for web-based cashback deals that can exceed £100 a time, and may be forced to wait in tedious telephone or in-store queues to apply for services or order goods.

The problem mainly affects the approximately 700,000 people who live in a property that has been converted into multiple flats when they apply for utilities, phones, broadband and other household services.

Mobile firms O2 and Three, and energy giant Eon, are among those whose infrastructure has failed to deal with what appears a straightforward application (see the Cheap Gas & Electricity and Broadband guides).

What causes the rejection?

Flat conversions do not usually have individual entries on Royal Mail's primary database which many companies use to find an address via a postcode search. They will often only find the building the flat is part of.

Credit agencies used by firms to verify a person's identity may not link the address given with that held by a bank or credit card company, where the two don't match precisely, meaning any application or order could be rejected.

Royal Mail only lists individual "delivery points" on its main database. For a flat conversion this would be any door with a post box that can be accessed from the street.

Say you lived in Flat 3 on number 1 Oxford Street, which used to be a large house since converted into flats, it is likely Royal Mail only lists the address as 1 Oxford Street on its main database. However, if there is a separate entrance for a ground floor or lower ground floor flat, this may have its own listing.

Where a precise address is required for hardware or installation, you usually cannot even start an online application if the computer cannot find your home.

Those who live in a purpose-built block of flats are largely unaffected as Royal Mail says it recognises such addresses.

Which retailers may reject you?

This is a widespread issue but problem retailers include O2, which has been the subject of complaints from angry, wannabe customers for months on our forum.

One user, who goes by the name a27, said in June: "At the final stage, it keeps telling me my card address is not the same as the address I'm registering for.


Another, NotAnExpert, said a few days later: "Whenever I've called O2 about this, they try to offer me the sign-up over the phone. Yes, I could do this, but £70 [cashback] is a lot of money to forego."

Meanwhile, Sailing By said earlier this month: "I have had the same problem with my flat and it is utterly infuriating. I must have spent five or six hours on the phone to O2 about it."

The uproar led an O2 representative on our forum to say: "We can see the address checking rules are causing difficulty online. This is why we're looking into changing the process."

O2 has told MoneySavingExpert.com it implemented a fix that involved "a number of measures" yesterday but says it is too early to judge if it's been successful.

A spokeswoman says: "We believe that these issues have now been resolved. If, however, customers still encounter problems they can contact us directly. We apologise to any would-be customers inconvenienced."

Meanwhile, one member of the MoneySavingExpert.com team who lives in a converted flat tried to sign up for an iPhone via Three Mobile this month that would have netted her £84 in cashback and an online discount, but the computer told her she failed a credit check.

When she investigated, she was told it was because the address held by her bank, which included a flat number, did not match the address inputted online, as she was barred from adding the flat number.

After complaining via customer services she was given an £80 credit. Three says it has no plans to fix the problem because it is "isolated".

Another member of our team who lives in a flat conversion tried to switch energy supplier to Eon but he could not even start the application online because he could not find his flat on the company's address system.

Archna Luthra, MoneySavingExpert.com consumer products analyst, says: "The word 'ridiculous' doesn't even begin to describe the situation for those affected. It's truly amazing that something that could easily be remedied by companies can cause so many problems for consumers."

What can retailers do?

Some organisations, such as vehicle licensing agency, the DVLA, allow you to enter your address manually to avoid a mis-match.

Other than complaining to the relevant company, Royal Mail says you can add your address to its secondary database by calling 08456 066854, though there is no guarantee retailers will buy that data-set.

Please let us know if you live in a converted flat and have been unable to apply for a service online because of an address mis-match.

Where a pattern emerges, we will pass complaints to the relevant firm. If you want us to do so, please email news@moneysavingexpert.com and include a brief outline, your address and permission for us to pass on your complaint.