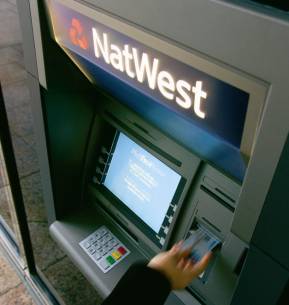 The Royal Bank of Scotland crisis is now into its ninth day and could last into next week, though the group claims it has solved most of the problems for its 17 million beleaguered customers.

Millions of NatWest, RBS and Ulster Bank customers have not had wages paid into their accounts over the past week after "technical problems", because many balances have not updated since early last Wednesday, so haven't shown payments going in. Swathes of money transfers have also not gone through.

What's more, huge numbers of employees haven't been paid where their company uses one of the three RBS Group banks, regardless of their own current account provider.

Customers of Think Banking, which uses RBS's payment systems, are also hit. See our separate story on the impact on Think Banking customers and what they can do.

The bank insists things are getting better. In the latest developments:

Despite claims the NatWest and RBS problems are 99% fixed, customers are still reporting huge troubles with their current accounts.

Here are some of the tweets we received on Tuesday:

BertErniesmam said: "Called RBS this AM to ask where money was and was told it was 'in cyberspace somewhere' and will 'turn up soon'"

MrsKarenWhite said: "Not even close to being fixed, spoke to staff at NatWest today, they couldn't even access their systems, still money missing."

Nickyc2009 said: "I don't bank with them but my wages still not in my account after 6 days of waiting. No food in my house after today either."

Sam_bonney said: "Online balance is missing and the last week's worth of transactions are missing and put in £300 yesterday but not appearing."

An RBS statement said on Wednesday afternoon: "The major backlog of account balance updates cleared on Monday for RBS and NatWest customers.

"This means account balances have registered as normal for the vast majority of RBS and NatWest customers over the last two days. We can also confirm the small amount of outstanding unprocessed transactions continues to reduce, and significant further progress is expected today.

"As previously cautioned, progress towards a completely normal service is likely to be affected by the significant stress on the system over recent days.

"The group has already announced the significant problems facing Ulster Bank are likely to continue for the remainder of this week, however the solution applied in NatWest and RBS has been successfully applied to Ulster Bank overnight, increasing our confidence that we will restore a full service by Monday.

"We apologise once again for the unacceptable service customers have experienced and thank them for their patience."

The story will be updated regularly as more information becomes available.