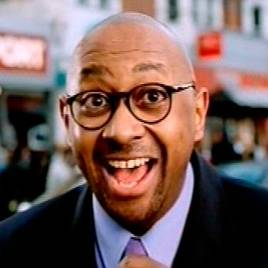 HBOS, part of the Government-owned Lloyds Banking Group, is moving anyone with that facility to its new Current Account on 6 December (see the Best Bank Accounts guide), which offers no reward for those in credit.

In February 2007, the High Interest account (marketed by former Halifax front-man, Howard, right) paid 6.2% pre-tax interest on credit balances up to £2,500 and came with a £100 sign-up bonus.

However, it now pays just 1% interest but even that miserly return will soon disappear.

Many MoneySavers would have signed-up to the account after it was included in this site's free weekly email at the time (find out how to get the weekly email).

For them and millions of others in dinosaur accounts, it's time to switch.

Alternative accounts – if regularly in credit

There are three top accounts, depending on your circumstances:

This replaces the current charges structure where you are whacked with fees of up to £35 per transaction if you exceed your limit, which could add up to £133 a day (see the Bank Charges reclaiming guide).

There will be no interest on authorised overdrafts. Instead, you'll pay £1 a day while overdrawn up to £2,500 or £2 per day over that amount.

This arrangement is already in place on HBOS's Reward account.

HBOS says it is writing to High Interest account customers to explain the changes, and advising them the bank offers better alternative accounts.

High Interest customers get nothing