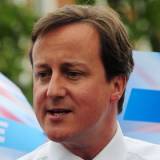 The Conservatives have put their plan to reverse most of the National Insurance (NI) hike next year at the heart of their election manifesto.

The party also promises an emergency Budget within 50 days of taking office to "set out a credible plan for eliminating the bulk of the structural budget deficit over a Parliament".

The manifesto makes no new pledges on income tax but it insists fiscal policy will be directed at keeping interest rates low (see the Top Savings
and Cheap Mortgage Finding guides).

It does not match Labour's pledge yesterday not to raise the basic, higher or top rates of income tax over the course of the next Parliament, or mention VAT.

On personal finance and consumer issues, the Tories have pledged to: