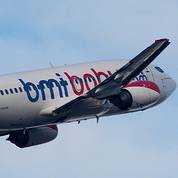 Budget airline bmibaby could face investigation by the airline regulator for failing to compensate passengers stranded by the volcanic ash could.

MoneySavingExpert.com has forwarded numerous complaints to the Civil Aviation Authority from enraged passengers who fume that bmibaby will not cover their accommodation and food costs, which often run into hundreds of pounds each.

This is despite EU rules stating carriers must pay up. Those that fail to, face a fine (see the Volcano Travel Rights guide).

The angry protests flooded our inbox after we reported the case of Birmingham-based Ian Hughes this month, who was told by bmibaby to seek compensation from his insurer after requesting payback of £400 for welfare costs while he waited nine days for a flight from Portugal in April (see the Bmibaby 'breached' compensation rules MSE News story).

One family of eight since reported spending £1,500 on accommodation and food while stranded in Portugal for six days only for bmibaby to ignore their claim.

In many cases, we've been shown copies of a standard letter sent by bmibaby to customers which contains the line: "I regret we are unable to offer reimbursement in this instance. I can therefore only suggest a claim to your travel insurer."

Yet the insurance industry points out it is not responsible for such redress.

A Civil Aviation Authority spokesman says he cannot comment on the complaints at this stage, but says they will be examined by officials.

He adds: "The regulations are clear. UK airlines are obliged to follow these regulations. They can be fined if they do not."

Under EU rules, airlines must cover your accommodation (including transfers to the airport), food and up to phone calls while you wait for a delayed flight.

They state (under regulation 261/2004), where your flight is cancelled, "the passenger shall be offered, free of charge, by the operating air carrier: meals and refreshments in relation to waiting time, hotel accommodation where a stay becomes necessary and transport between the airport and accommodation" (see the full EU regulations).

Numerous UK passengers who flew on Dutch carrier KLM have also complained about the airline refusing similar claims. Reports suggest it may also face action from the Dutch or European authorities if it fails to comply.

Ryanair originally refused to pay hotel and accommodation costs for stranded passengers immediately after the disruption in April, but backed down following a public outcry (see the Ryanair U-turn MSE News story).

Guidance from the Air Transport Users' Council (AUC) states: "If your airline did not provide assistance, and you had to arrange it yourself, it should reimburse your expenses.

"You should follow any instructions the airline has given for claiming reimbursement.

"It is possible you will not get everything back if the airline thinks you have been extravagant."

You should complain to your airline in writing if it does not offer a suitable refund.

If you are not satisfied with the outcome, the AUC can take up your case. It has no powers to force airlines to play fair, but it has influence.

If still unsuccessful, you can make a claim in the Small Claims Court. You must pay a fee (up to £65 for claims up to £1,000), but you will get this back if you win.

Jenny Keefe, MoneySavingExpert.com consumer products analyst, says: "It appears bmibaby is flouting the rules by refusing to pay out compensation to stranded passengers.

"If bmibaby doesn't fork out, follow the official complaints procedure, though bear in mind the risks of taking legal action."

You are not eligible for accommodation and food expenses from the point you take a refund if you cannot make the re-arranged flight, as you are no longer the airline's responsibility.

Bmibaby has not responded to MoneySavingExpert.com's offer to publish a right of reply.

Separately, a High Court ruling this month, at the request of the airline industry, means passengers will not necessarily get cash compensation where the carrier is at fault – in addition to expenses – if their flight is considerably delayed.

This is a different issue from airlines having to cover your welfare costs.

Instead, claims will be frozen until the European Court of Justice rules on the matter.

Under the regulations, which are set to be tested, passengers are entitled to between €250 (£205) and €600 if their flight is delayed by over three hours, unless the delay is caused by circumstances outside the airline's control, such as volcanic ash.