MSE leaders' debate: What will the SNP do for your wallet? 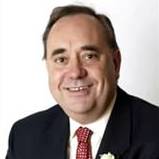 Want to know what the SNP would do for your wallet?

Of course, politicians are experts at avoiding questions, so make up your own mind on SNP leader Alex Salmond's (pictured, right) policies from his full answers below (with our questions in bold).

See the MSE leaders' debate guide for edited versions of the Conservatives', Labour's, the Lib Dems' and Plaid Cymru's responses.

MSE question: While the oil companies and retailers take a cut, 70% of the cost of petrol is made up of tax – so people are really paying the Government. Many consumers feel the price is crippling yet environmentally others argue it will be high.

"In many parts of Scotland, a car is a necessity not a luxury so preventing fuel price spikes is a vital part of helping Scottish families budget."

Alex Salmond's answer: "SNP Energy Spokesman, Mike Weir, has long-championed lower energy prices for consumers. In the next Westminster parliament, SNP MPs will call on the UK Government to use the powers it has to force energy companies to bring down prices in line with wholesale costs."

Alex Salmond's answer: "As the banking sector recovered after the financial crisis, it became increasingly clear that interest rates on savings accounts were remaining low.

"SNP Treasury Spokesman Stewart Hosie has called on the UK Government to use its influence as a major bank shareholder to exert influence and return interest rates to a level which makes saving worthwhile."

Alex Salmond's answer: "The SNP group at Westminster believe that services offered by the Post Office network should be extended to include banking services. By creating this 'Postbank' network, we believe the needs of low earners and vulnerable consumers can be better met."

Alex Salmond's answer: "The SNP will encourage more competition in the market. The more products available, the greater the choice to consumer regardless of LTV."

Alex Salmond's answer: "Unsecured debt is a major problem in Scotland with some studies suggesting it is over a third higher north of the border than it is in the rest of the UK. SNP MPs have joined with SNP MSPs in the Scottish Parliament to call on a cap for commercial lending.

"By putting a ceiling on commercial lending rates, we can help hard pushed families better manage their debt."

Alex Salmond's answer: "The SNP Scottish Government has frozen council tax for the past three years. We have also frozen water rates for the first time this year. We are committed to a fundamental reform of how public services are funded.

"The SNP Scottish Government brought forward proposals for a local income tax based on ability to pay. Under these proposals, four out of five households would have been better off and no-one would have been worse off, however when these plans were put forward by the SNP, they were voted down by Labour, the Tories and the Liberal Democrats."

Alex Salmond's answer: "The SNP Scottish Government which is responsible for education in Scotland recently announced a plan to ensure good quality financial education is delivered to every pupil in every school in Scotland through the new Curriculum for Excellence.

"We are committed to ensuring that no child misses out and every school in Scotland provides the basic knowledge to enable young people to make informed financial decisions."

"That's why the SNP wants to see control of this tax devolved to the Scottish Parliament so we can put in place a system which is fairer and more balanced."

Discuss this MSE news story: MSE leaders' debate: What will the SNP do for your wallet?