MSE leaders' debate: What will Plaid Cymru do for your wallet? 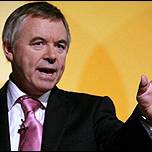 Want to know what Plaid Cymru would do for your wallet?

Of course, politicians are experts at avoiding questions, so make up your own mind on Plaid Cymru leader Ieuan Wyn Jones's (pictured, right) policies from his full answers below (with our questions in bold).

See the MSE leaders' debate guide for edited versions of the Conservatives', Labour's, the Lib Dems' and the SNP's responses.

MSE question: While the oil companies and retailers take a cut, 70% of the cost of petrol is made up of tax – so people are really paying the government. Many consumers feel the price is crippling yet environmentally others argue it will be high.

Ieuan Wyn Jones's answer: "We know fuel prices are high, and we have called for a fuel duty regulator to keep the cost of fuel down, because we know our rural communities depend on this method of transport.

"Plaid Cymru recognises the need for a mechanism  to mitigate the effects of major fluctuations in fuel prices and calls for a reduction in road-fuel duty in the face of the steep increase in VAT receipts.

"Together with the Scottish National Party we put forward a motion to amend the Finance Bill in 2008 to create a Fuel Duty Regulator, but unfortunately it was voted down by Labour in Westminster. Only two Conservative MPs, and no Liberal Democrats turned up to vote."

Ieuan Wyn Jones's answer: "We note with concern that fuel poverty is rising sharply in Wales. Around 320,000 households in Wales, a quarter of all households, experience fuel poverty.

"The average energy bill is now more than double the average bill of five years ago, and in Wales, consumers pay approximately 5% more than the rest of the UK. This is a deplorable situation when energy companies' profits are at a record high.

"Plaid Cymru calls for a cap on increases in energy prices, a windfall tax on energy companies to help pay for grants for insulation for lower income families, a reduction in VAT on energy fuels and the introduction of a fuel price stabilisation mechanism to protect the vulnerable.

"We also want to see the widening of criteria for the Winter Fuel Allowance and the introduction of social tariffs on energy products to help more low-income groups."

Ieuan Wyn Jones's answer: "We call for a state sponsored pension savings scheme, open to all those in work, including the self-employed and part time workers.  We do not support the means-testing of benefits which is unfair and deprives people of their savings.

"Plaid Cymru calls for the founding of a Welsh People's Bank on the model of local savings banks to provide savings and current accounts to those who would not otherwise have access.

"Plaid Cymru believes in redistributive economic policies aimed at helping low earners, the unemployed and their families to have an adequate standard of living. We would introduce a new tax rate of 50% on those earning over £100,000.

"In order to help poorer families, Plaid would also raise the personal tax allowance by £1,000.  This would take 1 million people on low incomes out of the income tax net altogether, and would allow them to save more if they so wish."

Ieuan Wyn Jones's answer: "We will support vulnerable consumers through the process of reclaiming money. In addition, Post Offices provide an invaluable community service and are essential to building sustainable communities in Wales.

"We believe that, as mentioned above, these community hubs could help low income and vulnerable customers.  Plaid will continue its strong campaign against the proposed closures.

"We will explore ways in which Post Offices might better be used by local authorities and businesses to provide other services, such as a location for free ATMs and facilities to pay council tax on the premises."

Ieuan Wyn Jones's answer: "Housing is a devolved area of competence in Wales. For action Plaid is taking in government, please contact the Plaid Minister for Housing, Jocelyn Davies AM.

"Suffice to say, Wales was the first country in the UK to instigate a Mortgage Rescue Scheme. So far £5m has been allocated for 2010/11 and consideration is being given to further funding during that year.

"Until March 2010, 305 applications have been approved which has helped prevent 609 adults and 319 children from becoming homeless."

Ieuan Wyn Jones's answer: "Plaid Cymru understands the difficulties that first-time buyers face in getting onto the first rung of the housing ladder. To address this, Plaid calls for a moratorium on stamp duty for first-time buyers."

Ieuan Wyn Jones's answer: "We have no specific policy on this."

Ieuan Wyn Jones's answer: "Council tax is unfair as it bears little or no relationship to the ability to pay. Plaid is committed to replacing council tax with a fairer local income tax, where the amount taken from each person would be calculated in the same way as general income tax is assessed.

"Such a move would directly benefit people on low incomes, with many older people not paying anything at all. Plaid will campaign for 100% council tax discount for active combat personnel and those deployed on UN peace keeping duties."

Ieuan Wyn Jones's answer: "That is a matter for the Welsh Assembly to decide. We certainly don't have any outstanding objections to financial education on the Welsh curriculum."

Ieuan Wyn Jones's answer: "Plaid Cymru understands the difficulties that first-time buyers face in getting onto the first rung of the housing ladder. To address this, Plaid calls for a moratorium on stamp duty for first-time buyers."

Discuss this MSE news story: MSE leaders' debate: What will Plaid Cymru do for your wallet?